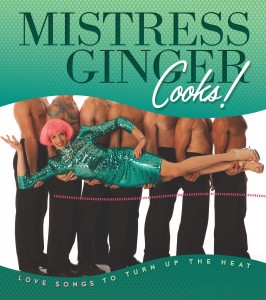 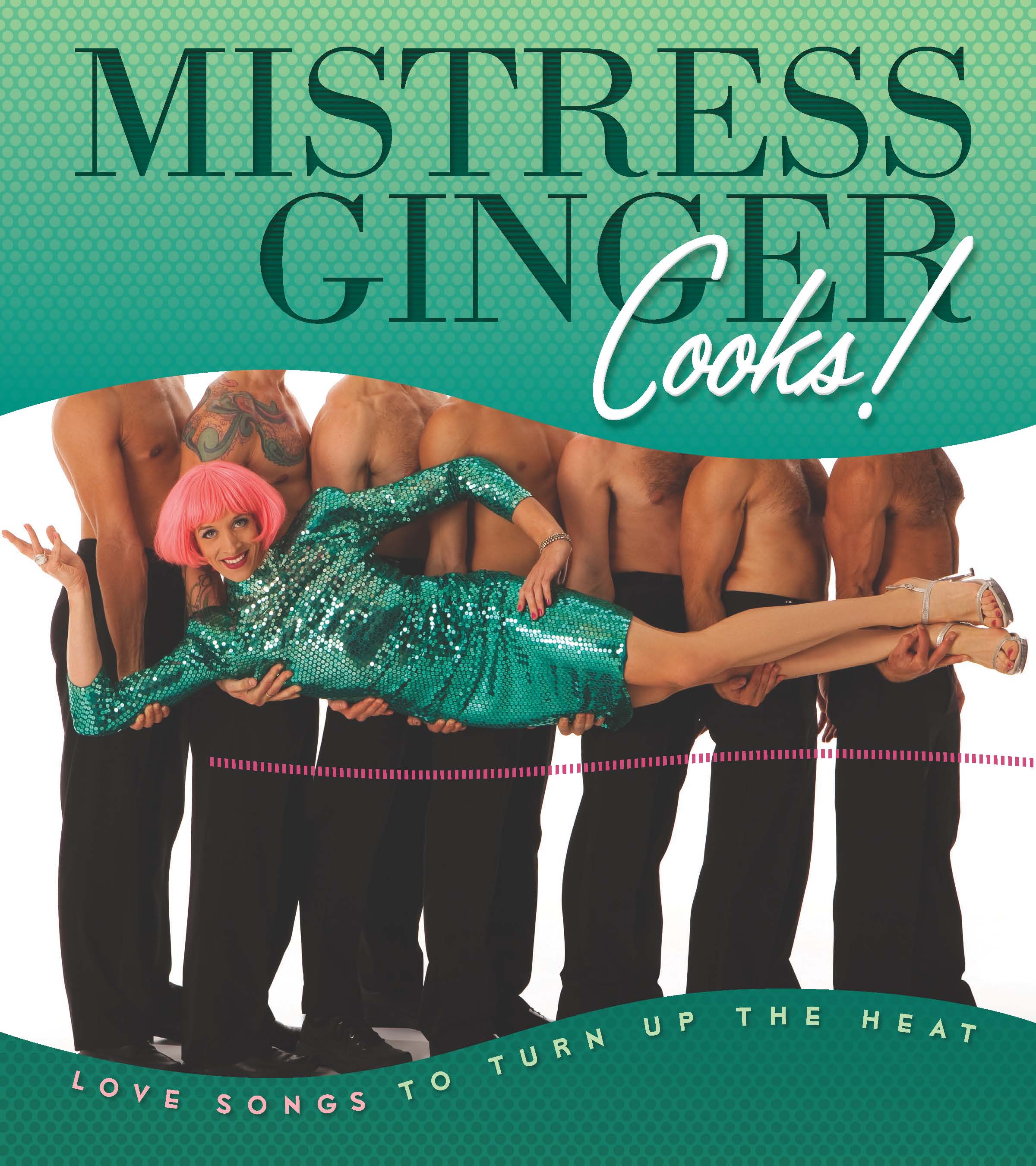 Junkyard Theater is presenting this special show at Bryant-Lake Bowl Theater, 810 West Lake Street, Minneapolis. Tickets are $15 at the door or $12 in advance or with Fringe button. You can get tickets at www.bryantlakebowl.com or call (612) 825-8949.

More about the show and cookbook

Award-winning performance artist Justin Leaf takes the stage as larger-than-life showgirl Mistress Ginger in this musical revue celebrating Valentine’s Day. With Charlie Smith on piano, Ginger sings songs to inspire love, lust, and laughter. The set list is comprised of a diverse collection of popular tunes, ranging from Cole Porter to Paul Simon to Pink. Whether soulful or comical, swinging or sultry, Ginger’s renditions aim to give the audience a night of full of fun and ripe with romance. This modern-day tribute to the quintessential day of love is designed for everyone, “whether single, coupled, or even tripled.”

Between the songs, Ginger tells a few titillating tales of her expertise in the kitchen, how she whips up meals for her many lovers and satisfies their appetites in more ways than one. With these stories, the show references Leaf’s soon-to-be-released vegan cookbook, written as Mistress Ginger and titled Mistress Ginger Cooks: Everyday Vegan Food for Everyone. The book will be published by Book Publishing Company and available in the spring of 2014. 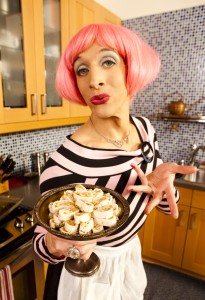 “Mistress Ginger Cooks” marks the sixth production for Junkyard Theater, established by Justin Leaf in 2009 as a platform for the creation of multi-dimensional performance works that affect an audience through the intimacy of the cabaret experience. Junkyard Theater’s first production, “The Mistress Ginger Junkyard Spectacular” premiered at the Bryant-Lake Bowl Theater in 2009 and was followed by “Bedroom Eyes,” presented at the 2010 Minnesota Fringe Festival. In 2011, Junkyard Theater presented “Spell No. 2” and “Geek in the Pink,” the latter of which VitaMN called “a campy, bawdy, homofabulous romp with moments of real humanity.” In 2013, Justin entered a new realm with “Don’t Rain on My Panda Bear,” featuring Justin performing as both himself and with the character of Mistress Ginger.In March 2014, Junkyard Theater will present “Waters of March,” featuring songs to herald the spring, sung by Justin accompanied by jazz pianist Richard Erickson.

So, bring your sweetheart out for a night of fun and laughter and don’t miss this one-of-a-kind show!