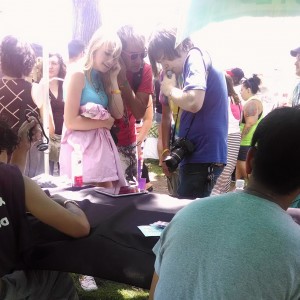 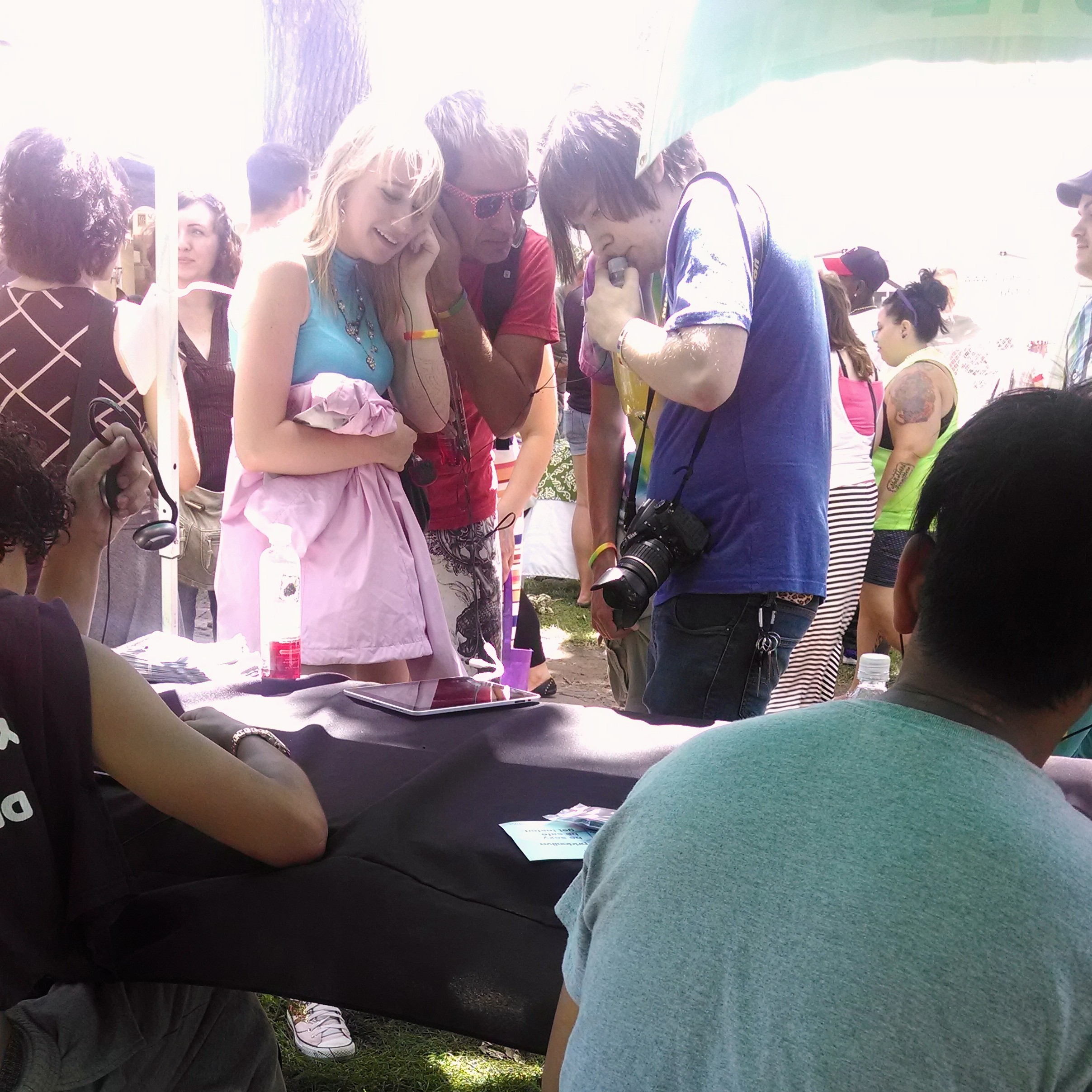 A couple weeks ago, our posse of Compassionate Action for Animals volunteers came together at the Pride Festival in Loring Park. We planned to use pay-per-view as our primary outreach method. With pay-per-view, we would offer festival attendees each a dollar to watch a five-minute video revealing the horrors of factory farming. Our goal was to reach as many people as possible and let them know what happens to animals on modern factory farms so that they can make informed food choices in the future. Usually, in one day of pay-per-view outreach at the University of Minnesota, we’re able to engage about 50 people to watch the video. We weren’t sure what this weekend at the Pride Festival would bring.

We started off strong on Saturday with some outgoing volunteers and enthusiastic viewers. Some who watched the video for the first time asked what can they do to help. Some proclaimed, “I’m never eating meat again!” We were happy to provide them with the Guide to Cruelty-Free Eating.

Later in the afternoon, some ominous dark clouds rolled in, and the rain started to pour. A few lost souls took shelter under our tent, including a pink-haired vegan cookbook author. As the downpour ensued, we had to suspend the pay-per-view activities, but discussions about farmed animals continued. Before long, the clouds cleared and we continued with our advocacy efforts as planned.

On Sunday, we continued with an energetic group of volunteers crying out for change and a few of the viewers crying because they were so moved by the video. Those tears of sadness became smiles of inspiration as they learned how they could move towards a plant-based diet.

At one point, we had shown the video so many times that we actually ran out of one dollar bills. Fortunately, our executive director Unny Nambudiripad came to the rescue with another batch of money to help the animals.

By the end of the weekend, we had given away 500 dollars and, more importantly, shown the video a staggering 500 times. Pride 2014 turned out to be our most far-reaching pay-per-view event thus far, and we hope that those who were so moved by the video will continue to reflect on that feeling of empathy and make changes in their diet to support those feelings.

If you would like to participate in this exciting work with CAA, we have a steady roster of outreach events on the horizon. Take a look at our August Outreach Opportunities and see if anything works for your schedule. For more information or to sign-up to volunteer, contact me at grace.vansusteren@exploreveg.org.