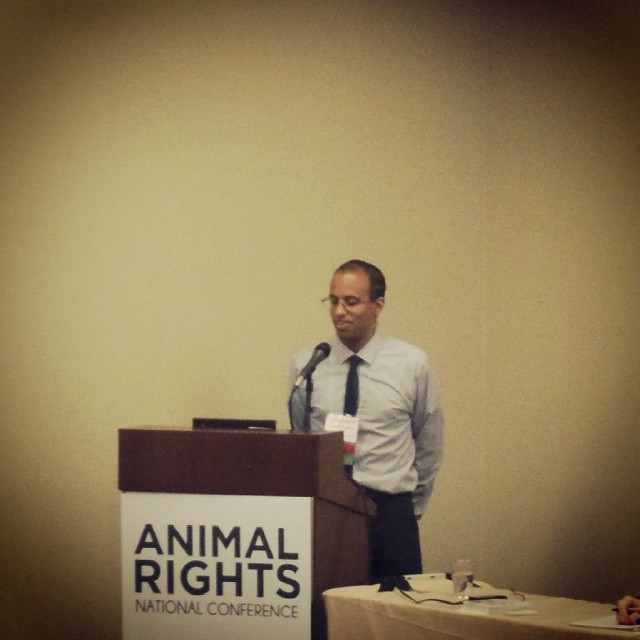 Last weekend, I presented “How to Plan a Veg Fest” at the Animal Rights National Conference. It was my first time speaking at the conference, and I was honored to have a chance to present what I’ve learned through producing Twin Cities Veg Fest with Compassionate Action for Animals.

Twin Cities Veg Fest has been one of our most successful events. It drew 2,000 people last year, and we received tremendous amounts of positive feedback. People tasted excellent vegan food and were empowered with resources to move towards a plant-based diet. Just as importantly, the festival showed the general public that many people care about animals and are embracing lifestyle changes to help them. At the conference, I shared with other animal protection activists what I’ve learned so that they can do the same thing in their own communities.

I don’t have very much experience with public speaking, but this subject was easy for me to talk about. I’m enthusiastic about sharing what I know, as I see the veg fest as being an effective form of outreach that I hope other communities will try. After the talk, I heard from at least three people who are interested in planning a festival. I couldn’t ask for a better response than that!

Last year, CAA created a website as a resource for other communities interested in planning a veg fest. All of the information from my talk at the conference can be found there.