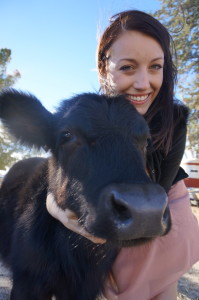 This year’s Twin Cities Veg Fest offers a number of moving presentations by both local figures in the movement and visiting speakers from out of town. These presentations cover the gamut from informative seminars on plant-based nutrition to eye-opening discourse on the treatment of animals in religion to moving firsthand accounts of what happens on factory farms.

Here’s a bit more about what you can expect from a few of them:

For a glimpse of Paul Shapiro’s talk, listen to our recent podcast interview and learn why he thinks the animal protection movement is winning, what led him to going vegan, and what was the most influential presentation on the subject of farm animal protection that he ever heard.

Professor Mark Berkson, a local leader in the animal advocacy community, will be exploring the attitudes toward and treatment of non-human animals in a number of the world’s major religious traditions, including Christianity, Islam, and Buddhism.

Former undercover investigator Taylor Radig was the most recent addition to the schedule. Those of us who attended the Animal Rights National Conference last month got to hear Taylor Radig speak about her experience as an undercover investigator filming animal abuse on factory farms. We were profoundly moved by Taylor’s firsthand account of the cruelty she witnessed and thought her powerful story should be shared with our Twin Cities community.

Stayed tuned for blog posts previewing what Kristina DuMuth and Erica Meier will present at the festival.

We are excited to bring these five amazing speakers to Twin Cities Veg Fest this year. Since we expect well over 2,000 people to attend the festival, these presentations will reach many new people with a message of compassion.

The festival is free to attend and will take place on Sunday, September 28, 2014 from 10:00am to 4:00pm at Coffman Memorial Union at the University of Minnesota in Minneapolis, Minnesota.

To hear more speakers, register for Their Lives, Our Voices, an animal advocacy conference happening on Saturday, September 27, the day before the festival.