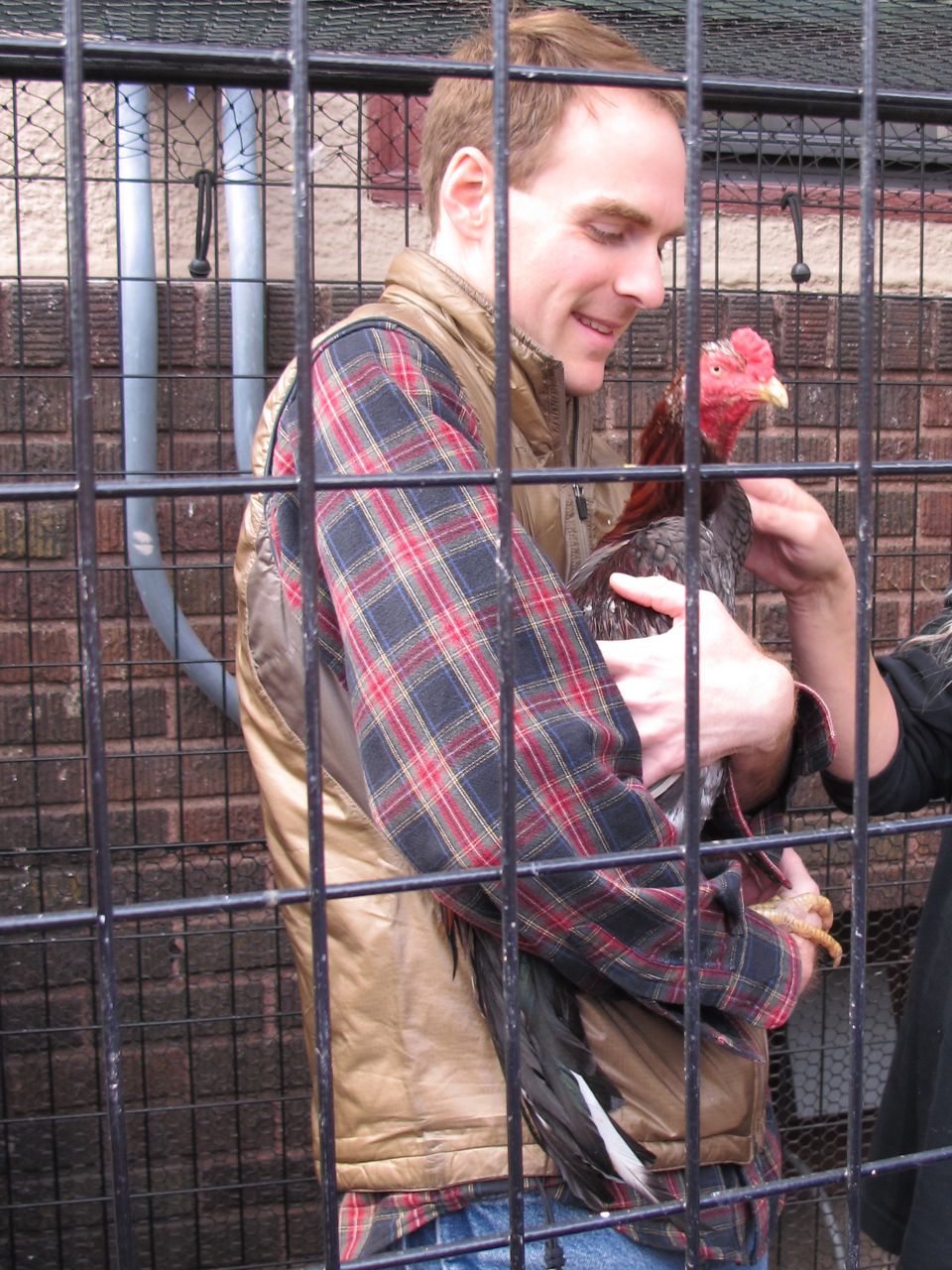 One night in August 1995, I polished off a slice of pepperoni pizza. (Fine! I polished off four or five slices. I was 15 years old, okay?) I went out to a small patch of woods near my family’s house. And for some reason, the image of a pig popped into my mind. It became very clear to me that I had just eaten part of this pig.

What do you do with that?! Nothing in my life had prepared me for that experience. I had eaten and enjoyed meat since I was a baby (see right). I had no idea how pigs were raised. (FYI, most pigs are raised on factory farms with thousands of other pigs. Conditions are, shall we say, not ideal for animals.) I hadn’t known more than one vegetarian in my entire life. All I knew was that a creature who didn’t want to die any more than I did had been killed so that I could have a pizza topping. That just didn’t seem right.

So I didn’t spend a lot of time thinking about whether the pig in my mind had “rights,” or whether I’d eat it if I were starving and there were no other choice, or anything like that. I didn’t worry about what I’d eat instead. I just listened to my heart. I stopped eating pigs and cows that night, and chickens and turkeys a few months later.

Going vegan took longer. I knew that dairy cows and laying hens eventually were killed for their meat, which I didn’t like. But after months without eating eggs, I’d crack when the holiday cookies started coming out of the oven. And I never thought I could give up cheese.

Thankfully, I got to see Howard Lyman speak in early 2000. He’s the former rancher who got sued with Oprah for disparaging (read: telling the truth about) beef. After hearing his story, I went vegan and haven’t looked back for almost 15 years.

I love my plant-based diet. I enjoy so many different kinds of foods now that I never would have tried before. I don’t harm the planet as much as I would with an animal-based diet. And by eating plants, I keep animals from suffering and dying.

After almost 19 years without eating meat, I’m struck by how strange a mix this path has been. Several times in my life, I felt really inspired to make immediate changes in what I ate (no cows/pigs, then no chickens/turkeys, then no eggs/dairy). But it took me a while to get to each stage. This keeps me humble, and it helps me remember that even people who think they could never live without meat (or ice cream, or cheese…) might someday shift towards a plant-based diet. And really, even a gradual shift away from eating animals still prevents animal suffering and death. That’s a good thing because the animals that we eat aren’t imaginary, like the pig that put me on the path to veganism. They’re intelligent creatures with as much will to live as ours, and when we see them that way it’s better for them, us, and the planet.