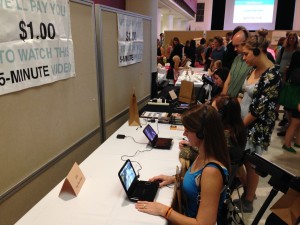 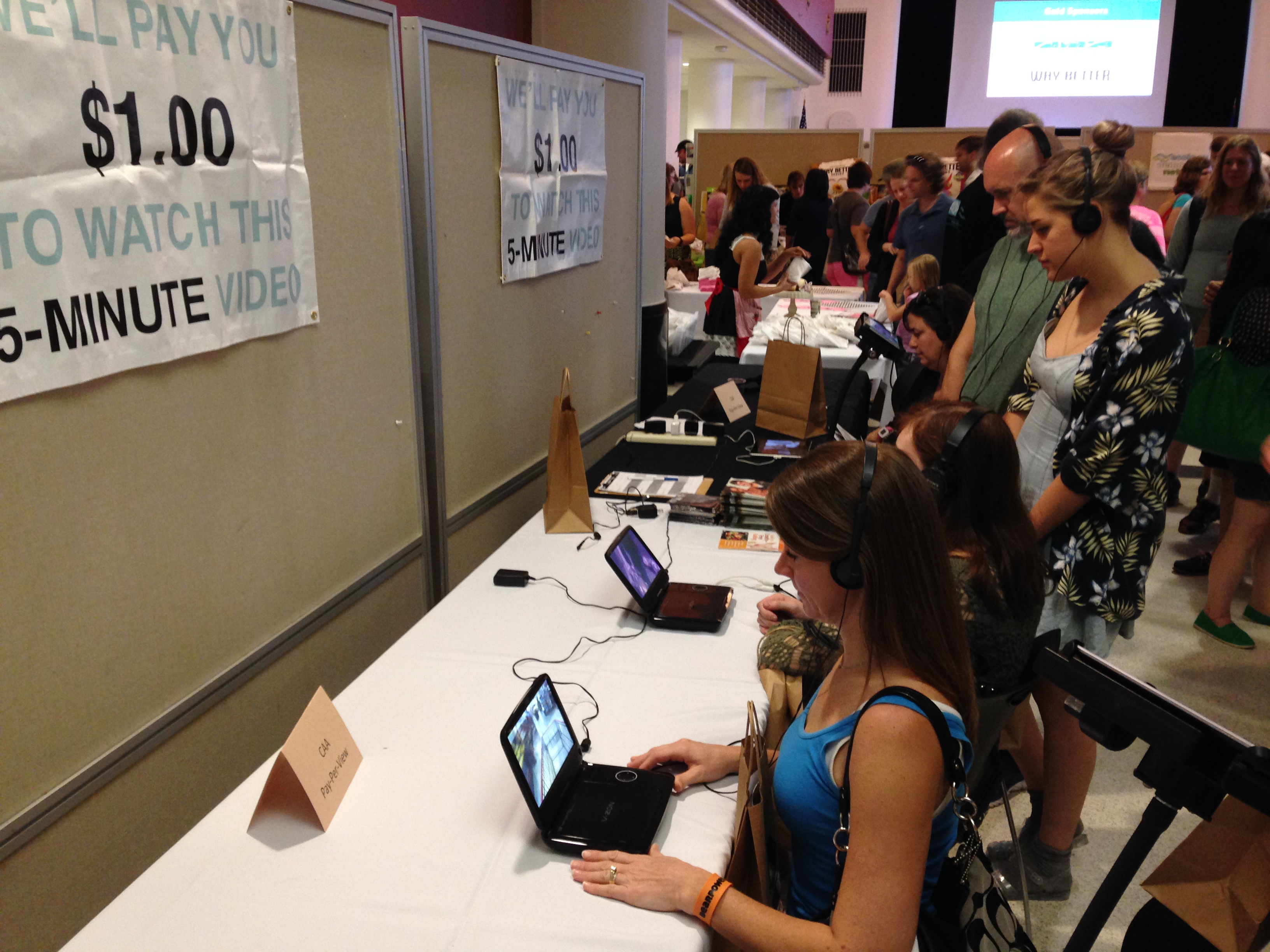 Our pay-per-view outreach efforts at Twin Cities Veg Fest paid off. In exchange for a dollar, almost 200 Twin Cities Veg Fest attendees watched a five-minute excerpt from Farm to Fridge. After viewing this powerful movie exposing the lives of farmed animals, participants received a pamphlet packed with ideas for cruelty-free eating. Through this outreach effort, we can show how everyone has the opportunity to make compassionate choices rather than supporting the industries responsible for millions of animals living and dying on factory farms.

Most participants were speechless after the viewing. Many were shocked but expressed their gratitude. They were not only thankful to have a better understanding of where their meat, dairy, and eggs come from, but they were also thankful to the volunteers who shared the video with them.

Anna and Candace, a couple festival attendees, remarked that the video gave them a lot to think about. Anna eats a vegetarian diet and was moved to consider adopting a vegan diet. She had the opportunity to talk to one of our volunteers about nondairy alternatives to cheese. Candace, an omnivore who cares about the welfare of animals, remarked that she is concerned about the vague and misleading “free range” labels.

At Compassionate Action for Animals, we value any steps taken towards a plant-based diet. Whether it’s participating in Meatless Monday or having one plant-based meal a day, whenever we choose not to buy meat, eggs, and dairy products, we decrease the demand for those products. As more individuals opt for vegetarian fare, fewer animals will be raised and killed.

Jessica and Ryan, another couple who stopped by the pay-per-view table, have been vegan for a couple years. They initially went vegan for health reasons, but have since realized the ethical motivations for choosing a plant-based diet. Both commented that they feel better as well as stronger. In fact, Ryan is a certified personal trainer and competes as a heavyweight body builder at 250lbs. He said that going vegan was the best thing he’s ever done for his fitness and body building career. He not only feels stronger and recovers faster from workouts, but also feels great that going plant-strong is also the most compassionate choice.

If you’d like to get involved with pay-per-view outreach opportunities with CAA, contact Grace Van Susteran at grace.vansusteren@exploreveg.org. If you haven’t already, watch the video and share with your friends. Videos such as this one are powerful tools for getting others motivated to take action for animals.