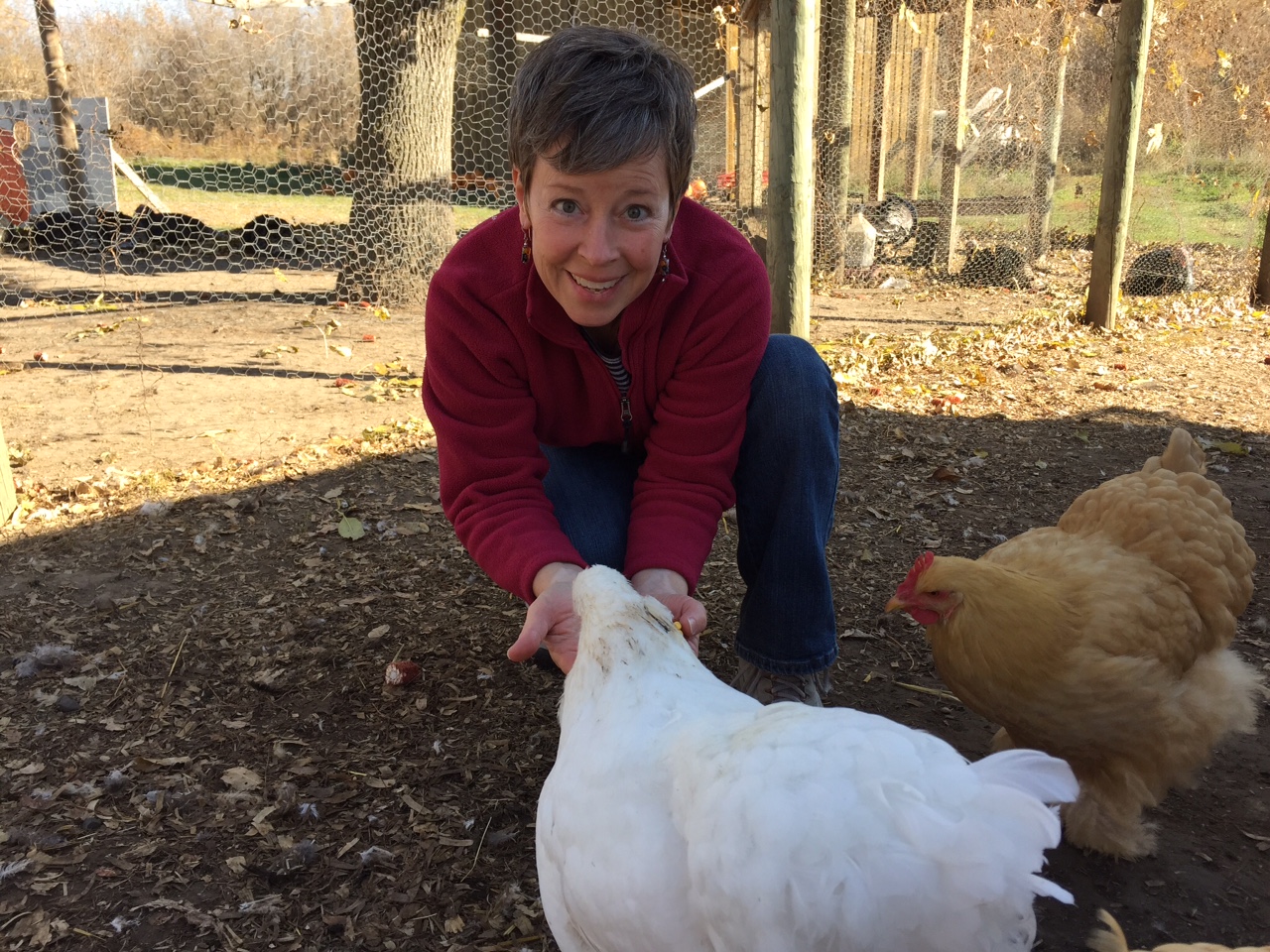 My dad is a biologist and, when I was growing up, he brought to life the quote, “teaching a child not to step on a caterpillar is as important to the child as it is to the caterpillar.” Together, we picked up worms off the sidewalk after a rain and moved them to the grass. We watched spiders build webs and caterpillars build cocoons. We observed birds and mice in their nests and fish and tadpoles in shallow waters. We once parked at the end of our driveway for weeks while baby turtles hatched and made their way across the pavement. My dad knew the scientific names for all these creatures. We marveled at their beauty, and he taught respect for them and their role in the world around us.

Unfortunately, this compassion did not extend to farmed animals. Admittedly, we did not encounter them in our daily outings. My dad grew up working on farms in Iowa, and farming is part of our family history. I still get teased about the week I spent at my uncle’s farm when I was eight years old. The chickens, I’m told, didn’t lay for a week after I sneaked into the hen house to try to hold and pet them.

When I was growing up, I never made the connection between these individual beings and the food on my plate. My mom bought hamburger at the store in a plastic wrapper; it didn’t look like a cow.

I never heard of vegetarianism until sometime after college when a close friend became a vegetarian after reading Animal Liberation and Diet for a Small Planet. She loaned me the books, and they motivated me to stop eating meat — for a while.

Another 20 years passed before the connection clicked for me in a more lasting way. My husband and I were invited by friends in Florida to come down for “lobster season”. The process involves going out before dawn in a boat, donning scuba gear, and, when the sun is officially up, diving into the reefs to find lobsters in their burrows. When you find a lobster home, you use a “tickle stick” to encourage him to leave the hole and run into your net.

I loved the scuba diving part of the experience. The underwater world was something out of a fantasy or dream. We were diving over white sand and coral reefs teeming with brightly colored fish, squid, sea cucumbers, and other magical creatures that I’d never before seen. At last, I spied a hole in the sandy ocean floor hidden in the gently drifting sea grass. Not sure if it would work, I tickled the burrow, and out came a lobster. Once he was in my net, I began to have doubts. I wasn’t a hunter. I had never sought or caught an animal before. The others in our group saw my catch and motioned me back to the boat. I took the lobster back with me, and he was put into the tank with the others. I felt terrible. I wanted to take him back to his home. I felt ill about what I had done, essentially kidnapping a creature from his home to be killed for my use. Back at the dock, the heads were twisted off the bodies because “it’s all about eating the tail.” I couldn’t watch this process and felt an overwhelming sense of guilt and grief. I was struck by the fact that this being had a life, a home, and a purpose beyond meeting my needs.

That day, I reached the conclusion that if I would not catch and kill an animal with my own hands, then I should not have someone else do it for me.

What I didn’t know at the time, but have since learned, is that lobsters are wonderful creatures who have a highly developed capacity to taste and smell; they can sense the world around them with their antennae and the hairs on their legs. Lobsters can live 60 to 100 years and carry their young for 9 to 12 months. They use complicated signals to form social relationships. They grow throughout their lives and make seasonal journeys covering over 100 miles each year walking across the ocean floor.

I’ll always remember the guilt and shame that I felt that day years ago, but I can’t go back, only forward. Choosing a vegan life is the best I can do to put an end to the cruelty that’s an inherent part of using animals as food.

When I made the change to veganism, I was already a Registered Dietitian. As I did my own research about healthy plant-based eating, I realized there was a lot of information to sift through, some reliable and some just plain wrong. This prompted me to start my own small nutrition counseling business, Move2Veg, to help others interested in cruelty-free eating.

I have volunteered for Compassionate Action for Animals and supported their work for more than 10 years because I believe strongly in their mission: encouraging people to cultivate empathy for animals and move towards a plant-based diet. I am proud to be part of an organization that has such a positive impact in our community through outreach, education, and events like the Vegan Thanksgiving Potluck, Their Lives, Our Voices, and Twin Cities Veg Fest.