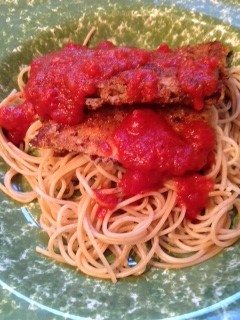 If you want to eat like a vegan superstar but can’t afford takeout, much less your own personal chef, Roberto’s New Vegan Cooking: 125 Easy, Delicious, Real Food Recipes is the book for you. Roberto Martin’s collection of recipes spans the gamut from quick and easy to super fancy and dispels the myth that vegans can’t eat well on a budget.

Rather than relying on convenience foods like mock meat and dairy, Roberto shows that, with the proper technique and seasonings, wholesome, affordable ingredients such as beans, lentils, tofu, nuts, and mushrooms can be turned into culinary masterpieces. His Eggplant Parm can be perfectly battered and fried up to be crisp and tender with surprisingly no fuss. He shares with the world the magic of besan (garbanzo) flour, a lesser-known vegan wonder food. He uses this for his “lobster” quiche, which was hearty and packed with flavor. Martin graces the reader with treats stemming from his Mexican heritage, such as his tofu soyrizo and a showpiece: Albondigas (the Spanish word for “meatballs”) Soup.

Martin does all of this with little to no assistance from pre-packaged, processed foods. He even offers up some of his own recipes for all those little ingredients we love to eat but often hate paying for, like ketchup, sour cream, pickles and other condiments. While some of Martin’s recipes may be a bit advanced for the novice plant-based eater, he eases the reader into trying out new things by beginning the book with a chapter of DIY basics, staples, and starters. His fast, cheap, simple recipes for condiments such as vegan mayo and barbecue sauce (which is great since honey-free versions are increasingly hard to find) make these foods suddenly within reach for novices and those with processed-food phobias.

On top of all that, he provides detailed instructions on how to make the perfect flaky, crisp vegan croissants, which could probably convince just about any veg-inclined individual to pick up a copy of Roberto’s Vegan Cooking post-haste.

EG Nelson is a community funding coordinator by day and a bicycle enthusiast, competitive baker, and advocate for queers and animals at all other times. She is a co-founder of Queer Bike Gang and can be found riding around Minneapolis where she lives with a cute boi and three cats. Learn more at haygurlhaycafe.com. 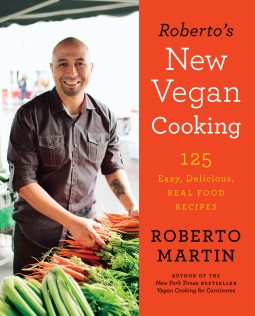