Compassionate Action for Animals recently hosted the fourth annual Twin Cities Veg Fest, and we’ve already begun planning for the next one. The festival continues to grow from year to year, and the momentum just keeps building.

Twin Cities Veg Fest is by far the biggest event that we produce, not only in terms of the thousands who attend, but also in terms of how much of our resources are devoted to making it a success. Here’s why we think it deserves all of that and more: In one day, Twin Cities Veg Fest reaches thousands of people with a message of compassion for farmed animals. Those who attend get to enjoy lots of eye-opening activities, including delicious vegan food, inspiring speaker presentations, and informative cooking demos.

In addition, the festival offers a couple less tangible but potentially powerful benefits for everyone:

Since we recently wrapped up the fourth annual Twin Cities Veg Fest, it’s a great time to reflect on where we’ve been, where we are, and where we’re going. Here’s an overview:

Twin Cities Veg Fest premiered in 2012 and attracted more than 1,200 people to Coffman Memorial Union at the University of Minnesota, Twin Cities. Each year since then, we’ve continued to host the festival at Coffman, and the numbers have grown.

By 2014, we had added cooking demos to the line-up of activities, and the festival had nearly doubled in size, with about 2,300 attendees squeezed into Coffman. That same year, we were interested in evaluating how the festival reaches people with its message of compassion. Is the festival an effective form of outreach to get people to take action for animals? We organized an extensive research project hoping to get some answers to this question.

Working with Statisitics in the Community and receiving guidance from Faunalytics and other experts in the field, we conducted a two-part online survey to see whether the 2014 festival had any effect on the behavior of the attendees. The findings have just recently been published, and, though they didn’t reveal a major impact, we remain confident that Twin Cities Veg Fest is a vital component of our event offerings.

Around this time, we also acknowledged that we were outgrowing Coffman Memorial Union and began to look for a new venue for the next festival.

In planning for the 2015 festival, we intended to find a new venue but discovered more challenges than we anticipated in securing a suitable venue that could fulfill all of our needs. In the end, we decided to stay at Coffman for just one more year and use additional space there to make it feel less crowded.

Success! On November 1, we hosted the fourth annual festival, and it was surely our biggest and most succesful one yet. There were more than 2,500 people in attendance, and we got lots of reports from both attendees, exhibitors, and vendors that it was a success. The mood was very positive.

It can be a rush after spending months and months preparing for a one-day festival. When it happens, the day flies by. Hundreds of volunteers are chipping in with a great attitude, and everyone is excited to be a part of it because we all care so much about the animals. We know know why we are ultimately here: for the animals. We’re excited to advocate for animals, sometimes in more direct ways, such as with our pay-per-view outreach, but also in some less direct ways, as with our vegan food giveaway.

The festival is a whirlwind of multiple activities with people coming and going in throngs. Literally thousands of them show up over the course of the day, and they have a good time. Now, that’s satisfying. By day’s end, we’re proud and relieved and motivated to do it all over again next year.

But next year will be different…

What are we planning for next year? How will we solve our issue of a crowded venue? How will we keep growing the event until it’s on par with other high-profile festivals in the Twin Cities, perhaps growing to parallel the most popular veg fests in other cities? Could we draw more than 5,000 or more than 10,000 people? How much further can this go?

We believe the answer lies in taking the festival outside to a public park. Most of the aforementioned popular festivals are held outside. We are currently in the process of confirming which park and what date, but we are excited to move in this direction, to keep growing that sense of a welcoming community and that idea that vegan is the new normal. (We will host the festival earlier in the year to avoid the cold, but we’ll just have to hope that it doesn’t rain!)

Of course, taking the festival outside requires a learning curve for us, and it will require additional resources, both in terms of volunteer help and financial support. But guess what! You can help us with these things. You can help us coast into a bright future for Twin Cities Veg Fest. Here’s how:

Thank you for your continued support for Compassionate Action for Animals. Remember: the animals are the reason for this festival. We need to keep getting their stories out there, and Twin Cities Veg Fest is a fantastic way to do that.

We hope that you’ve been able to enjoy all of our festivals, past and present, and that you’ll be there with us for the next one. 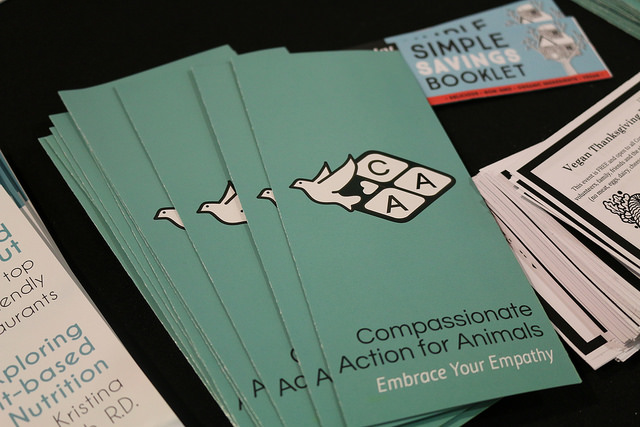