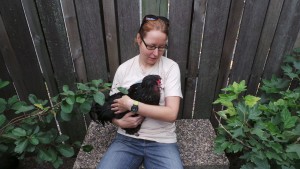 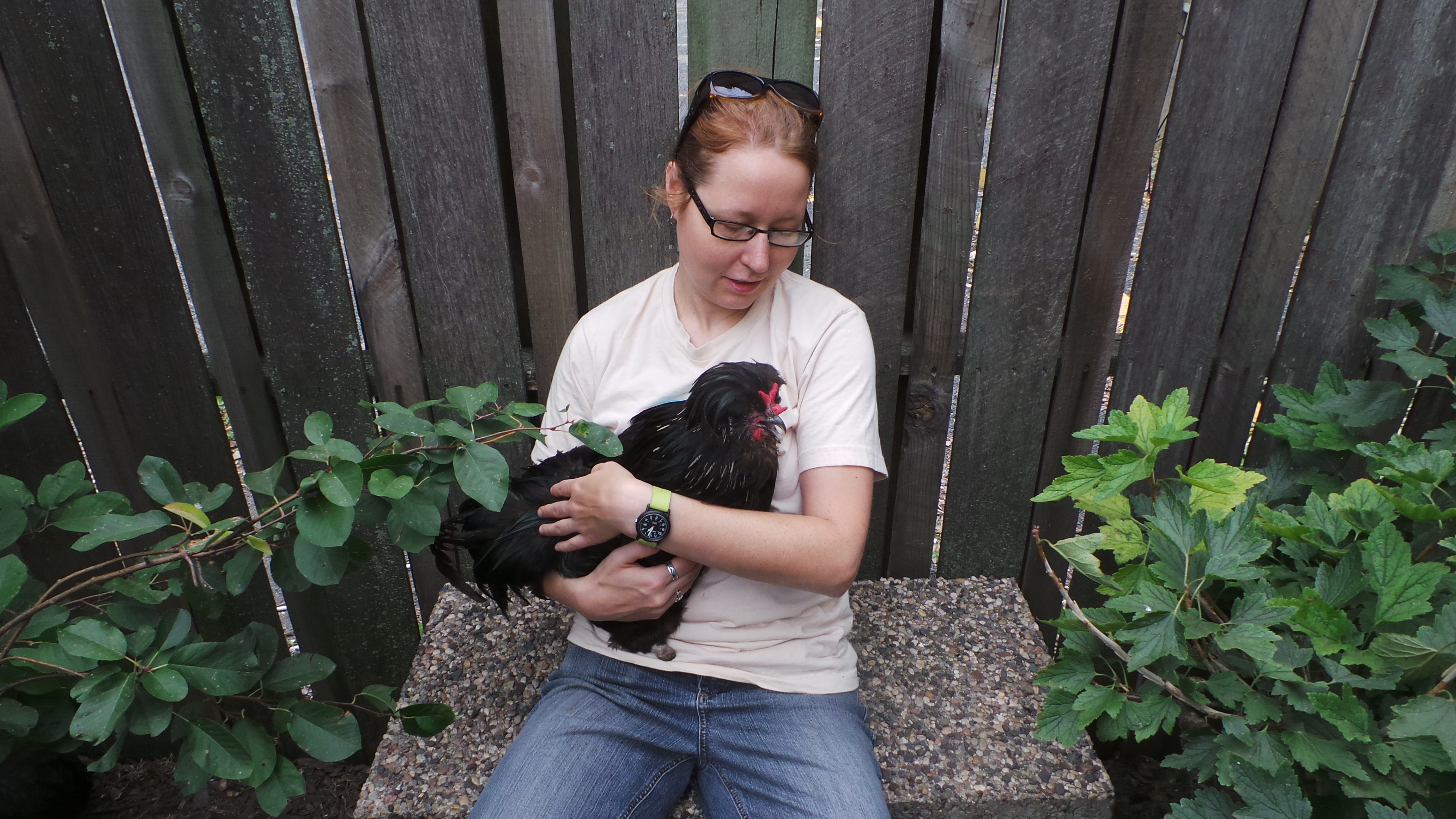 Though Brita Bengtson just started a new part-time staff position as Bookkeeper with Compassionate Action for Animals, she’s been volunteering with the group since 2011 and a making a difference for animals long before that.

Brita went vegan in the 90s when she was about 15 years old. Looking back, she laughingly calls it “The Dark Ages of Veganism” and can relate to a buzzfeed-type list on the VegNews website called “You Know You Were Vegan in the 90s If…”.

Long story short, there weren’t nearly so many vegan specialty foods available back then. According to Brita, the only vegan cheese available was called “Vegan Rella” and was made out of Irish moss. (What?!)

When asked what made her go vegan, Brita says, “That’s a hard question for me because I don’t remember — and that’s not because of the B12 deficiency.” LOL! Did we mention Brita has a hilariously dry sense of humor?

No, she doesn’t have a B12 deficiency, but she does have a lot of compassion for animals. She’d always felt a sort of moral conflict about eating animals and naturally moved away from eating meat by the time she was 12 years old. Then at an Earth Day festival, she found a little booklet called What’s Wrong with Eating Animals, which also revealed the problems with the egg and dairy industries. That’s when she went vegan.

Fast forward about 15 years to 2011. Plant-based food options were on the rise, and veg fests were popping up everywhere, including right here in Twin Cities. Brita was inspired by the idea of the veg fests, as they reach thousands of people in one day and make compassionate living out to be what it really can be: fun and delicious. It was then that she jumped into volunteering for CAA, taking on the role of Advertising and Media Outreach Coordinator for our first annual Twin Cities Veg Fest.

Since then, Brita has been a vital organizer for the festival. She moved on to be the Social Media Coordinator a couple years later and has done a phenomenal job with the festival’s Facebook and Instagram pages. She sees social media as a good opportunity for free advertising, and, with her savvy approach to online communications, she has brought lots of positive exposure to Twin Cities Veg Fest and ultimately to our mission to help the animals.

When she’s not helping out with CAA, Brita has a job helping people with disabilities with their daily activities. She also enjoys finding creative ways to make vegan food and has three cats: Precious, Chibi-san, and Mr. Biscuit.

As an animal advocate, Brita is always contemplating how she can be more effective. That’s one reason she appreciates working with CAA; as an organization, we’re always thinking about how we can do better for the animals.

Her commitment to the cause has her always learning new things. It’s this passion that led her to apply for the part-time position as Bookkeeper for CAA. We’re grateful that she is taking on this new behind-the-scenes role; these kinds of administrative tasks are really instrumental to the stability and longevity of the group. It’s also wonderful when we can hire someone whose heart is so much in the work.