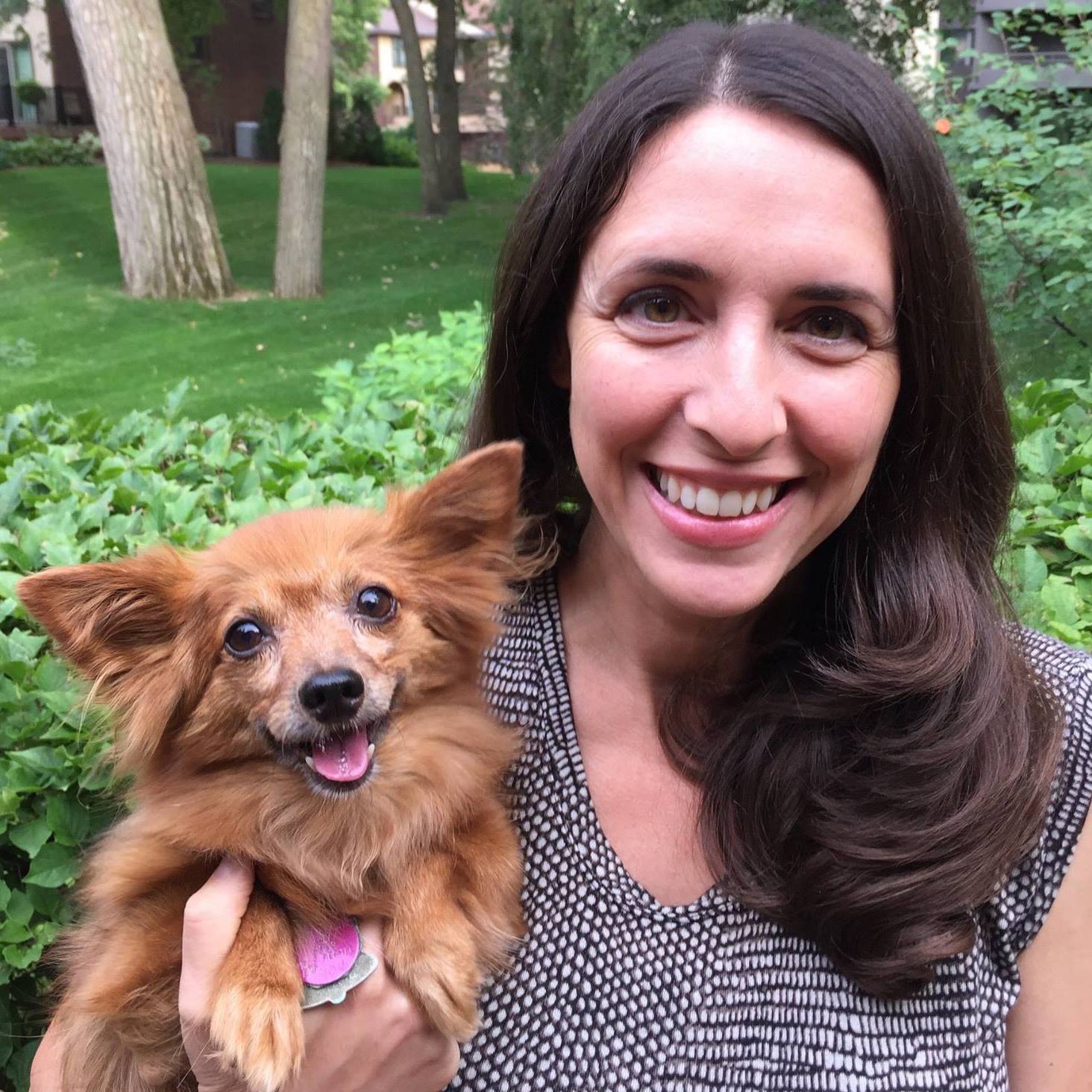 Our board of directors has recently added a new member, and what a boon for CAA! Chris Homsey is a dedicated animal advocate who has volunteered for CAA since 2013. Over the past few years, she’s taken on a number of leadership roles with the organization, and with each position she’s demonstrated professionalism, intelligence, and kindness. Let’s get to know her better here.

Chris is no stranger to animal agriculture. She grew up on a crop farm in southern Minnesota, and the nearby neighbors had dairy cows and raised pigs for meat. Knowing the pigs would become food, Chris says she stayed detached, distancing herself from them as individuals. Then, later in life, after moving away to the Twin Cities, she caught a bit of a slaughterhouse exposé on TV. Seeing the grisly reality of factory farming, she decided in that moment never to eat meat again. Being a food scientist who had worked in product development, she was familiar with the idea of vegetarianism, though veganism still seemed extreme to her.

She maintained a vegetarian diet for many years, and her transition to veganism began after visiting Farm Sanctuary in New York and meeting the rescued animals in person. Then, after attending a conference about factory farming in 2011 (and being impressed with the all-vegan menu served during the conference weekend), she made the final switch, cutting cheese and ice cream from her diet—those things that were the hardest for her to give up.

In 2013, Chris dove head first into volunteering for CAA; her first volunteer position was cooking demo coordinator for Twin Cities Veg Fest. What a job! But as a food scientist, she was familiar with project management and working with food, so it wasn’t such a stretch for her skill set.

And now after a few years of being a committed volunteer and donor, she’s joining the board of directors. Why? “I like the idea of having input in CAA and its direction. It’s a great organization and I like the philosophy of gently encouraging people to move toward a veg lifestyle.”

Chris values the way CAA creates a sense of community, especially with recidivism being such an issue. She says, “I didn’t have a lot of vegans in my life, so just to feel supported and not alone was so important.”

Chris is also hopeful for our movement, just looking at how mainstream plant-based milks are becoming. And cheese substitutes are getting better and better, though she says there’s still room for improvement. “Food science will get us there!” Coming from a food scientist, that sounds especially promising.

Interested in becoming a member of our board of directors? For more information, contact Laura Matanah at laura@exploreveg.org.