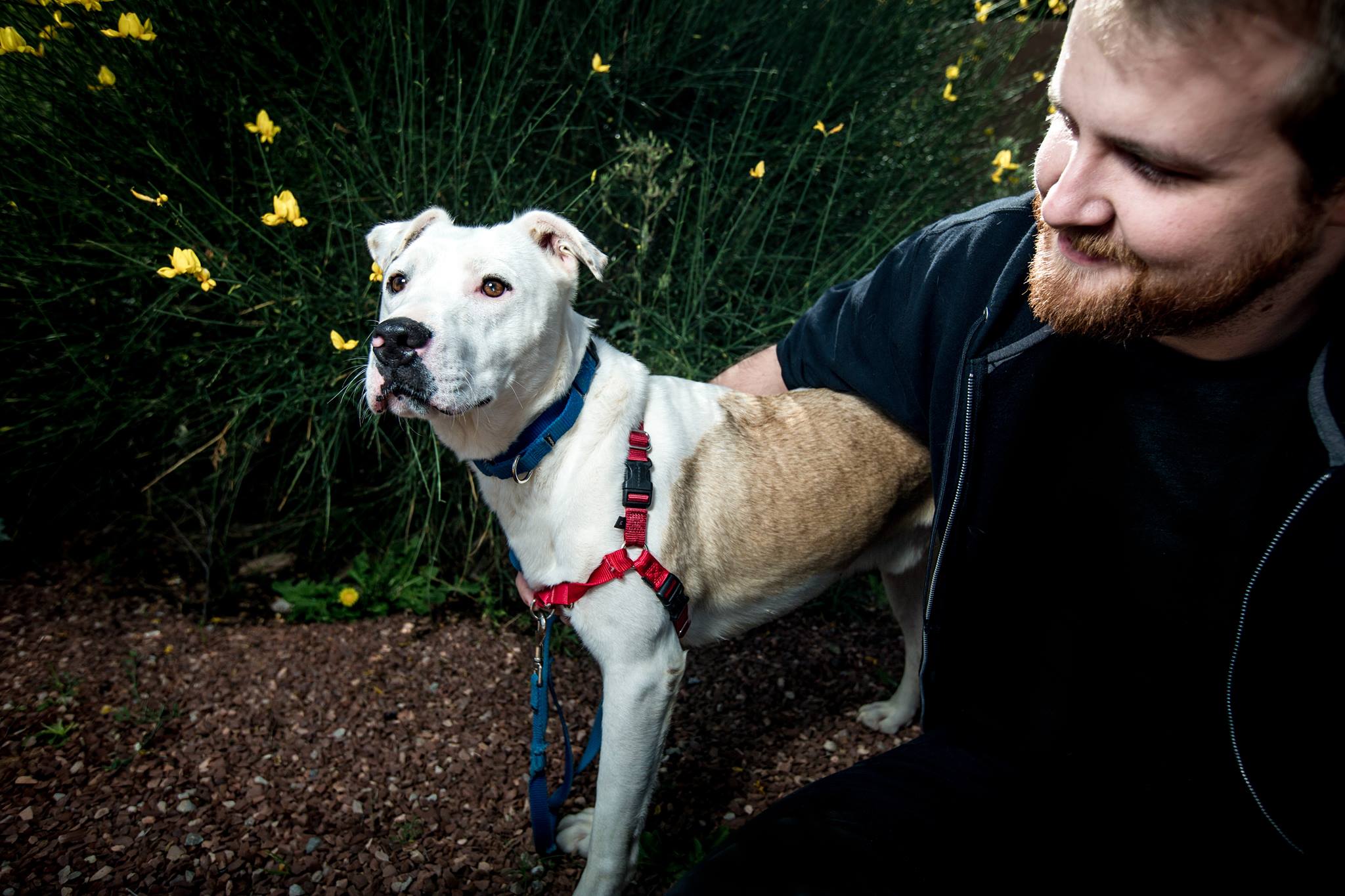 Abraham with Noodles the dog

We’re excited to have another passionate animal advocate on the team helping to guide our organization.

Abraham moved to Ohio for college, where he studied analytic philosophy and history. His main focus was environmental ethics and agriculture. His career path has taken him in a variety of directions, from a tea-taster for Google to fundraising for a traditional dog and cat shelter.

Currently, he has a full-time position with Mercy for Animals, working on their corporate campaigns to improve conditions for chickens on factory farms. While the focus is animal welfare, Abraham acknowledges, “Ending the exploitation of animals as soon as possible is a priority, but that’s not going to be tomorrow. And there are animals on factory farms whose lives can be improved.”

Abraham moved to Minneapolis in December of 2016 and soon after became active with CAA, helping with outreach and then joining the planning committee for the Annual Banquet. After demonstrating exemplary commitment to the work, he was invited to join the board of directors.

What does Abraham appreciate most about CAA?

Volunteering for CAA, I get to advocate directly for veganism. And CAA is special because it’s community-based. If you look at the national groups, you’ll see they’ve been doing similar work to CAA for the same period of time, but because they’re national organizations, they’re not as integrated with the communities they’re reaching. CAA is in a unique position to connect with its community in a way that really addresses the critical issue of recidivism in vegan diets. We can follow up with folks after giving them a leaflet and invite them to join community so they feel support and continue moving toward a plant-based diet.

And what are his hopes for the organization?

I haven’t been here long enough to have a grand vision for CAA, but one of the primary things to address is building community, especially reaching out to groups of people who have not been represented as much.

And being new to the Twin Cities, does he already have a few favorite places to find vegan food?

Definitely Reverie, J. Selby’s, and The Herbivorous Butcher. Also, On’s Kitchen Thai Cuisine in St. Paul is excellent. The servers are really good with pointing out vegan stuff on the menu. And Pizza Lucé!

We’re glad that Abraham is making the Twin Cities his home, finding lots of awesome vegan food here, and putting all his compassionate know-how to good use for the animals.

Are you interested in becoming a member of our board of directors? For more information, contact Laura Matanah at laura@exploreveg.org.

Twin Cities Veg Fest Postering at the U, East Bank, and West Bank