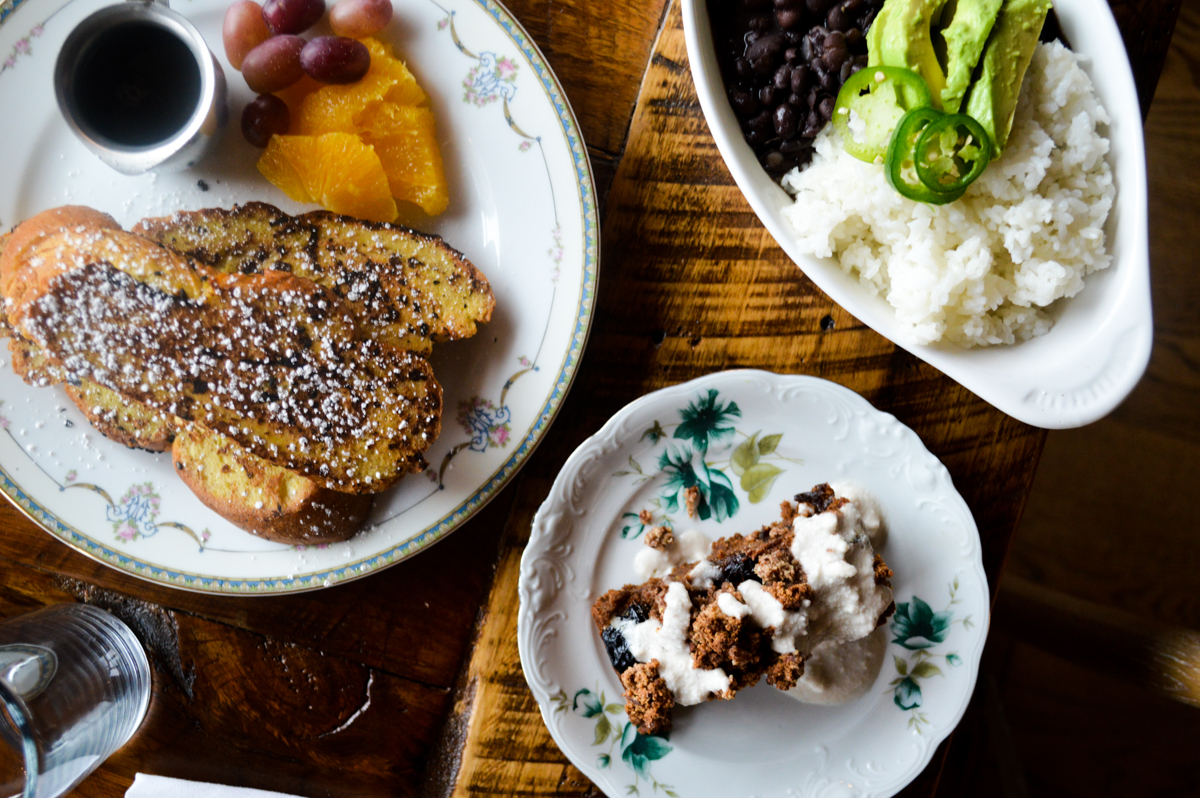 Get 15% off at local veg-friendly businesses when you sign up to take the VegPledge!

The wait is over, Twin Cities. Fig + Farro has officially opened in Uptown!

Co-founders Michelle Courtright and Thomas Dambrine, along with creative director Ellen Hughes, are on a mission to serve globally-inspired, locally-sourced vegetarian (and vegan) food that is both delicious and reduces carbon footprints. 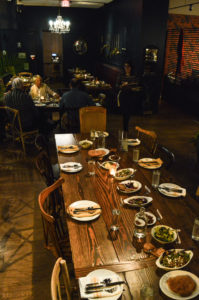 Michelle has a resume which includes co-founding both a design agency and co-working space. Thomas is the co-founder of Bean Sprouts cafe and most recently served as the Director of Social Enterprise at Appetite for Change. Their partnership is driven by a shared love for food, the environment, and reducing food waste. They want everyone to feel like a visit to Fig + Farro is like being with family or good friends. Their dishes are meant to be mixed, matched, and shared. Yes, you read that right: family-style veg food!

Taking over Figlio’s former spot, their opening fills a niche previously vacant: a sit-down, creative option for plant-forward dining. The decor is full of vintage accents and communal tables. There are no televisions to be found. Even their desserts and libations keep their mission in mind. They have a talented vegan pastry chef and will feature exclusively keg-based wines, which go a long way to reduce waste. 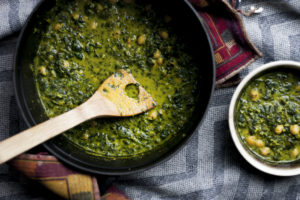 I had the privilege to attend their press event a few weeks back. Foolishly, I ate a snack before arriving without any idea of what to expect. Lots of food was served! Three hours later, after rolling myself out the front door and to my car, I had already decided I’d be back. 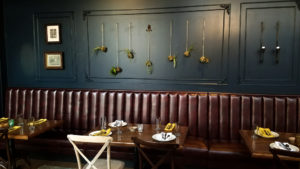 Everything I put in my mouth was either very tasty or downright delicious. Hummus and olives with a warm, toasted baguette welcomed me to the table. Then there was “Paan” to entice me. This flatbread creation is a cross between pita bread and naan and dusted with sumac. The parade of main dishes (my eyes got very wide) included vegan mashed potatoes with a gravy flight, vegan macaroni and cheese, glazed carrots with pearl onions, and roasted Brussels sprouts (that tasted magical and were cooked just right).

Fig + Farro will clearly have many fans in the veg community. But, they’ll also provide a welcoming place for omnivores to discover how truly delicious vegan food can be. This focus on the entire community has great potential to change hearts and minds, further reducing the suffering of farmed animals.

They would love to welcome you to the table!

Fig + Farro is located at 3001 Hennepin Avenue South in Uptown Minneapolis (inside Calhoun Square). Their grand opening was on Wednesday, January 24.