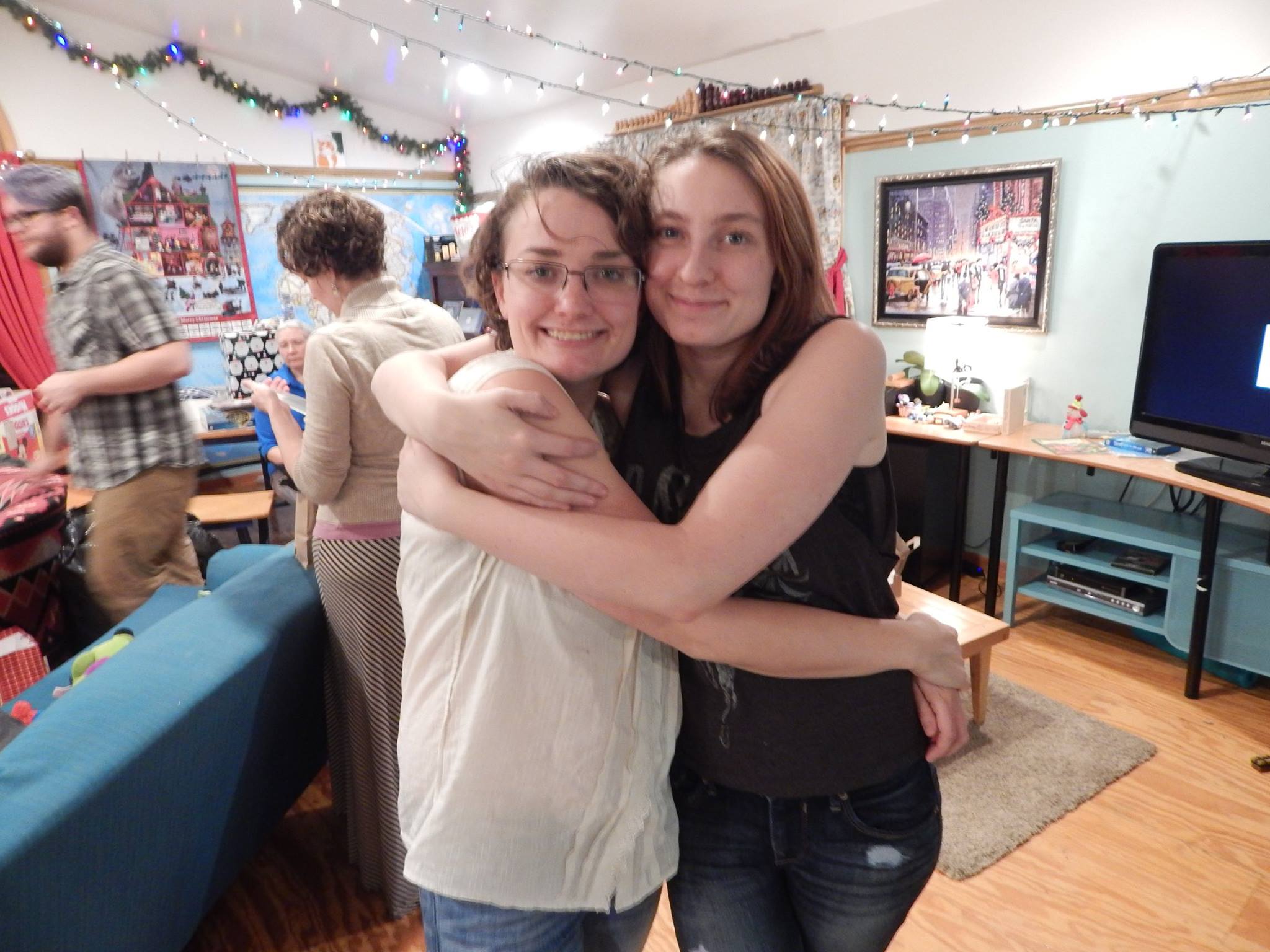 Marina with her sister Liberty, both CAA volunteers

Meet Marina Kirkeide, the chair of the CAA student group on the University of Minnesota campus. Marina is a pre-med incoming senior pursuing a degree in mathematics. When this born and bred Minnesotan isn’t working to encourage compassionate choices or studying for her degree, she likes to bike, read, play video games, and spend time outdoors.

After adopting a vegan lifestyle her freshman year and joining the CAA student group her sophomore year, Marina decided to take on a leadership position within the group.

“I decided to take on a leadership role after attending meetings for a while and feeling like I wanted to do more and be a bigger part of the planning and activities,” Marina says.

As chair of the group, she is responsible for planning and facilitating the weekly meeting, coordinating activities on campus, and picking up tasks here and there to ensure that things run smoothly. She also greets new and potential members, which is one of her favorite parts of being in the group.

The group primarily focuses on providing support for students who are making the transition to plant-based eating. “It can be really hard to make dietary changes when you don’t know anyone else who is doing the same thing. We try to fill in that gap,” she says.

When asked what her favorite part of being in the group is, Marina says, “Meeting new people and hearing their perspectives and stories about veganism and related topics. A close second would be doing projects and making art for the group. Also, for every meeting, a member of the group brings plant-based food to share, and I really like baking vegan treats for everyone.”

Earlier this month, Marina and her sister marched in the MayDay Parade in Minneapolis, bringing to life a walking cow puppet that was crafted by the student group. Marina enjoyed the parade and thinks the message was well-received; they had a lot of people cheering for them.

The group has seen a lot of growth in the past few years. When Marina’s sister was a part of the group a few years ago, they had four regular members. This past year, the first meeting of the semester saw a turnout of 75 people! To manage the unexpected growth, they restructured student roles to maintain momentum.

Each new year, the group tries to organize and engage in more events and campaigns on campus. This year, they participated in the student government committee in an effort to improve the student dining experience for plant-based eating. For Earth Day, they had a successful display at an event coordinated by the Environmental Student Association.

For the future, Marina thinks having a network of college CAA groups across the Metro area would be a great way to connect student activists and enable bigger changes. Moving in this direction, CAA added a student group at Augsburg University this past year. Meanwhile, the University of Minnesota student group continues to take off. They’ve got big plans for their involvement in CAA’s Wholesome Minnesota program, ranging from better plant-based meal options to Meatless Mondays to an all-vegan dining hall!

If you’re a college student in the Twin Cities who wants to get involved in CAA student groups, visit our campus page to learn more. (High school students are welcome, too!) Weekly meetings are currently on hiatus until the fall semester, but if you’d like to get involved in the meantime, check out our upcoming volunteer opportunities.