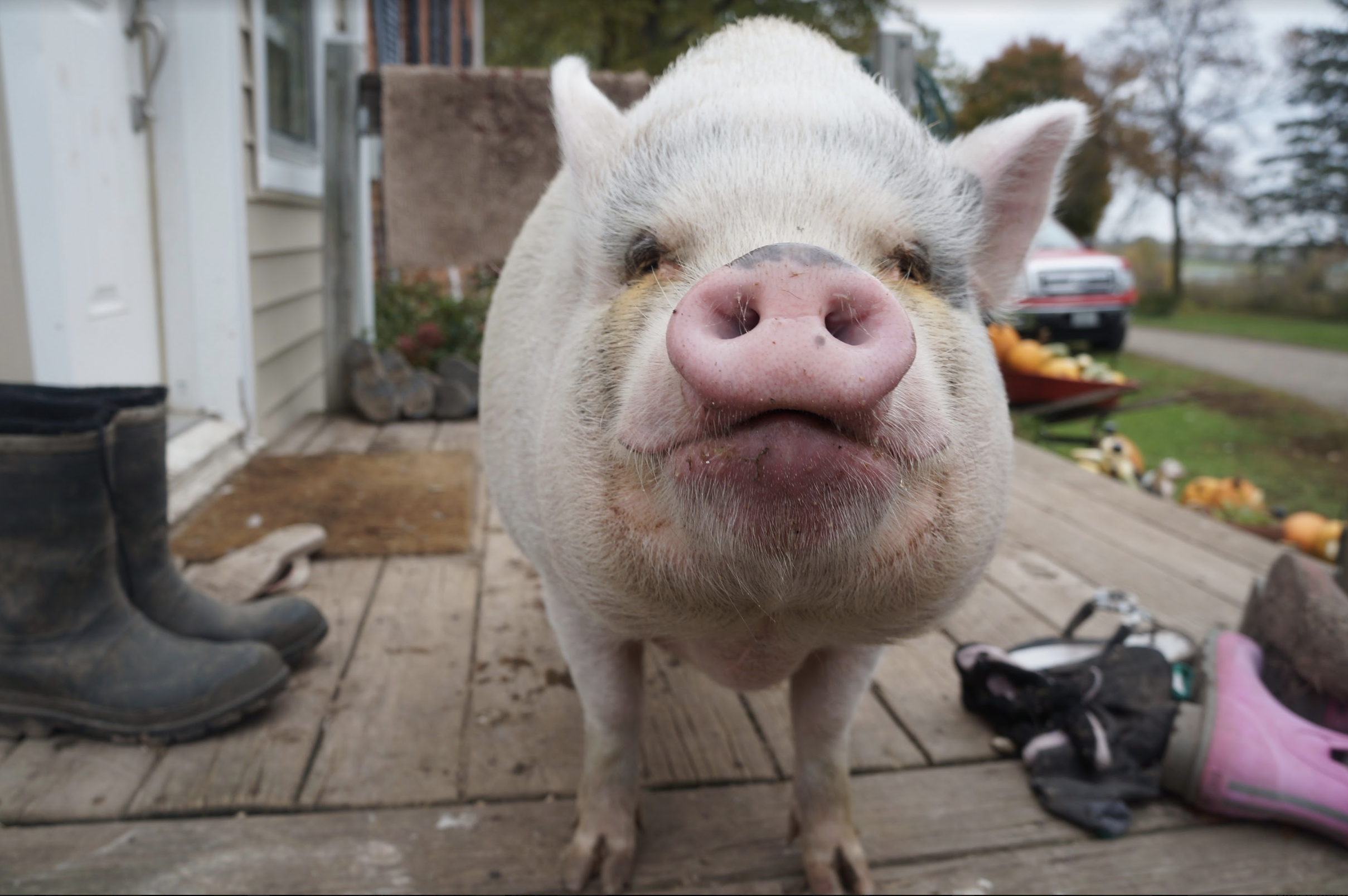 Meet London the Pig, a resident of SoulSpace Sanctuary

Kicked off by World Vegan Day on November 1st, World Vegan Month is celebrated globally as a time recognizing how far the vegan movement has come, how accessible living plant-based and vegan can be, and as a time to encourage veg-curious to adopt or explore veganism further through trying new restaurants, recipes, and exploring ideas. It’s also a time to consider and acknowledge how beneficial this lifestyle can be to the environment, our communities, and the animals.

The celebration of World Vegan Day began in 1994, in commemoration of the Vegan Society’s 50th Anniversary.

The Vegan Society was founded in November 1944 by David Watson, Elsie Shrigley, and four other non-dairy vegetarians. The group felt that there was a need for a more accurate word to describe them, finally settling on ‘vegan’, or “the beginning and end of vegetarian.” In 1949, Leslie J. Cross noted that the society lacked a definition of veganism (separate from the definition of veganism that was already in existence), leading to the definition of veganism as seeking “an end to the use of animals by man for food, commodities, work, hunting, vivisection, and by all other uses involving exploitation of animal life by man.”

The definition underwent another evolution in the 1980s, now being:

[…] a philosophy and way of living which seeks to exclude—as far as is possible and practicable—all forms of exploitation of, and cruelty to, animals for food, clothing or any other purpose; and by extension, promotes the development and use of animal-free alternatives for the benefit of humans, animals and the environment. In dietary terms it denotes the practice of dispensing with all products derived wholly or partly from animals.

The earliest practitioners of vegetarianism and veganism lived over 2,000 years ago, including Pythagoras of Samos and the Buddha. By the time David Watson died at age 95 in 2005, there were 250,000 self-identifying vegans in Britain and 2 million in the U.S.

Today, veganism continues to spread. As of 2017, six percent of Americans identify as vegan (that’s roughly 16 million people). Compared to one percent in 2014, that’s a huge growth! The number of plant-based options available in the market is also increasing dramatically.

Celebrations are happening around the world

How can I celebrate World Vegan Month?