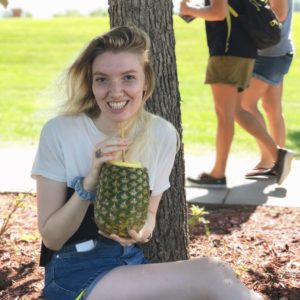 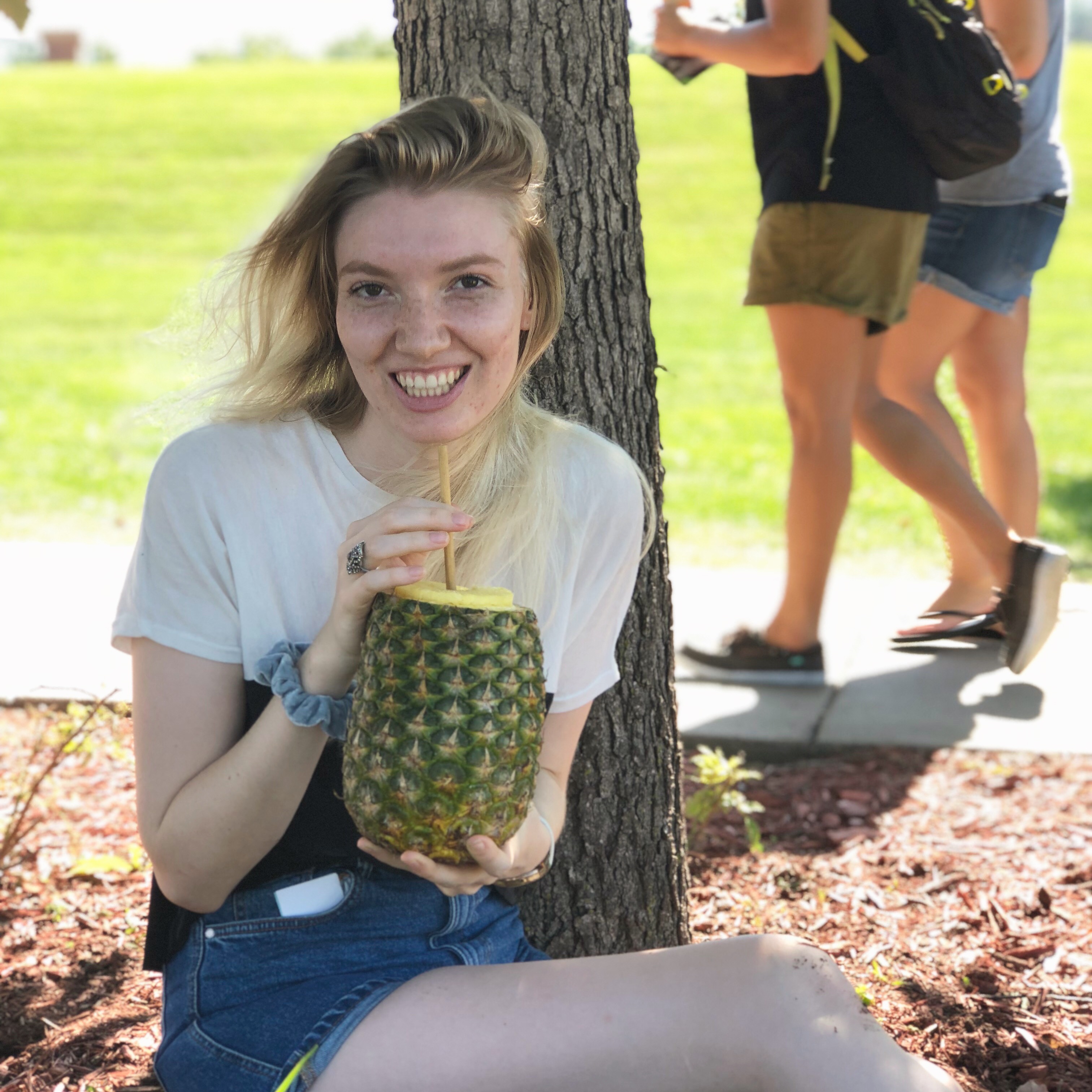 Meet Shannon, a member of the University of Minnesota CAA Student Group and one of the volunteer coordinators for Twin Cities Veg Fest 2019. Read on to learn who encouraged her to go vegan, her involvement with the animal rights movement, and what she’s working toward while in school.

Who (or what) inspired you to go vegan?
When I was 16 years old I was scouted by a modeling agency in New York and they told me that if I could lose weight they wanted to sign me to work with them. On my way home at the airport my grandma, who was with me, bought me a book called Skinny Bitch to help me lose weight. It wasn’t a big book and I finished it on the plane before I was home. I had no idea it was actually a book about veganism, but it is what ultimately introduced me to the plant-based diet. I didn’t think I could do it, but I tried it for a day which turned into a week, and before I knew it I had been on the diet for months.

Was it a linear process?
For me, it definitely was not a linear process. When I first read the book that I previously mentioned, my main concern was all about weight-loss. After about a year of plant-based eating and trying to lose weight for a modeling career, I gave up on all of it, even being vegan. At that time I forgot about the animals who were also mentioned in the book. About a year after that I met someone who helped reintroduce me to veganism (it wasn’t hard). After that, I was plant-based for a couple of years. About three years ago I learned more about the animals and what they go through for animal-tested products and for products like leather and wool, and that’s when I really embraced the vegan lifestyle, cruelty-free toothpaste and all. My process was a mess, but at this point, I know I’ll be 100% vegan for the rest of my life.

What is your favorite way to advocate for the animals?
Outreach! I really love talking with people about veganism. I’ve had so many good conversations with people and I’ve learned so much since I’ve started advocating for the animals. I also like protesting and working with the AV Cube.

How did you get involved with CAA?
If I remember correctly, I think what happened was I googled vegan groups in the Twin Cities and found the CAA website. One of the events listed on there was video outreach on the UMN campus, so I showed up on the date and time listed on the website and met a really cool group of people doing some amazing stuff.

What do you do when you’re not volunteering?
There aren’t any animal rights groups that I am officially apart of, but I love meeting new people and going to activist events whenever I find them online. When I’m not volunteering I’m studying. I’m a full-time student, and I have a part-time job working as a medical scribe as well. When I’m not studying for my classes, my favorite hobby is studying languages.

What are you studying in school?
I’m now majoring in Chemistry, French, and Arabic and minoring in Biochemistry. I really love being a student.

How does your major tie into what you are passionate about?
I’m passionate about learning and about languages, in which case what I’m studying is directly related to my passions. But I’m also a premedical student. I hope that once I’ve finished all my schooling, I can advocate for animals and champion a plant-based diet for health from a well-respected platform as a medical doctor.

What would you tell a new vegan to help them on their journey?
I think the best advice I received when I first went vegan was to not be too hard on myself for mistakes and to take it one day at a time. For new vegans, mistakes can happen! Mistakes are a good opportunity to learn, don’t give up and don’t be beat yourself up. And even if you were vegan before and you did give up on it, you can always go vegan again!