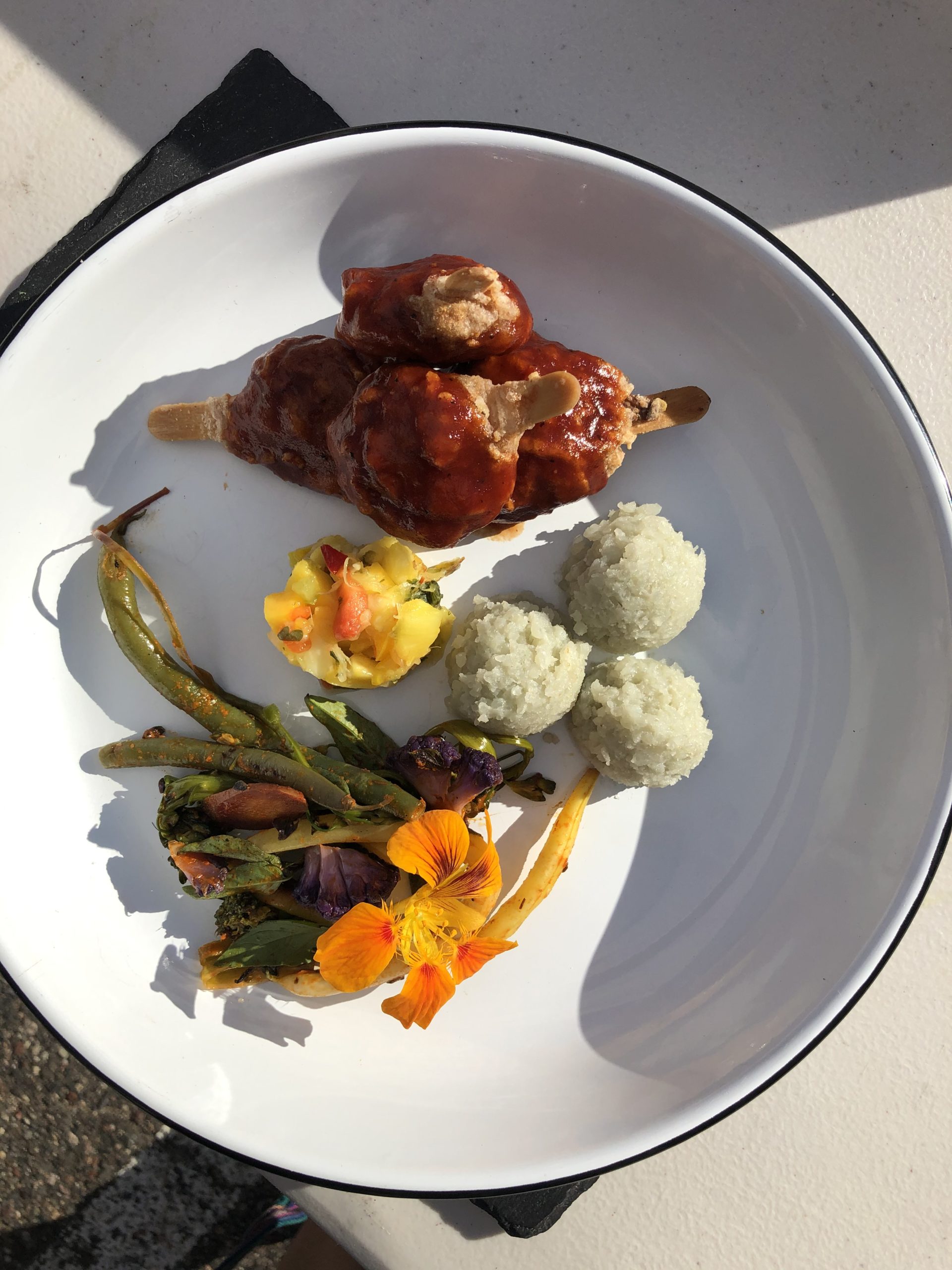 The winning dish: Root to Rise's jackfruit wingz with rice and vegetables.

The winner of the 2020 Twin Cities Vegan Chef Challenge was Heather Klein, chef and founder of Root to Rise Kitchen. Her winning dish featured jackfruit wingz, and challenge voters adored them! We asked Heather about her inspiration for the wingz, and she said she wanted to create something that was as satisfying as fried chicken, but healthier, vegan and gluten free.

Heather came up with the recipe herself. She first discovered jackfruit in 2015 when she needed a whole food, plant-based option for pulled pork for a wedding catering client. Jackfruit has remained a staple in her cooking ever since. The wingz are her favorite way to have jackfruit, but she also uses it in a vegan version of eggrolls, in soups, tacos, and on BBQ sandwiches.

When testing out her jackfruit wingz recipe, she first had her uncle, Rich, who had recently transitioned to a vegan diet, tried them. Heather was looking for someone to compare and contrast the wingz to drumsticks. Rich’s advice? Go for the smaller wingz instead of drumsticks because that way you get more crunch. From there, the Jackfruit Wingz that the Twin Cities came to know and love were born.

Root to Rise Kitchen offers various dishes, so how did Heather choose which dish to use for the Vegan Chef Challenge? “I wanted something fun and gluten free. I was considering the jackfruit wingz or a fried banana blossom with chips, and this won out in the end,” she explained.

The jackfruit wingz are available at the Northeast Minneapolis Farmers Market, so go try them if you haven’t already!