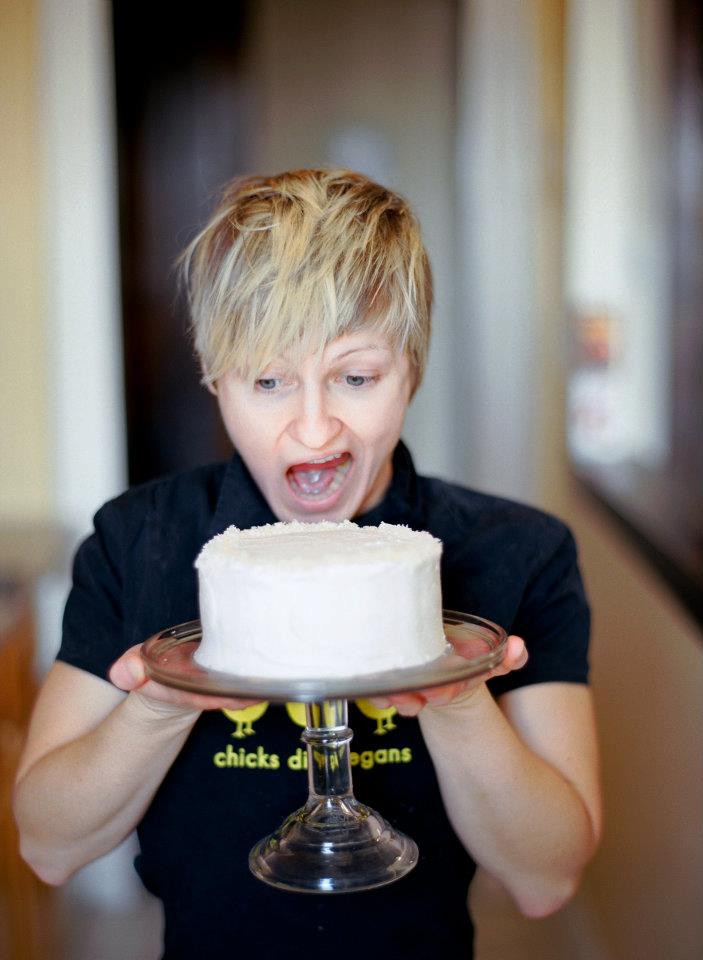 E.G. Nelson and her vegan cake! Photo by Emma Freeman

Do you ever wonder how to make a good chocolate chip cookie without using butter? And how do you get that cake to be just the right amount of moist but still light and fluffy without using eggs? And what about vegan whipped cream? Is there such a thing?

Of course, all of your favorite baked goods can be made vegan with just a little know-how. And making them vegan doesn’t mean they have to be low fat, whole grain, and agave-sweetened. They can be just as decadent as you want them to be.

For more tips from EG, check out her blog, Hay Gurl Hay Cafe.