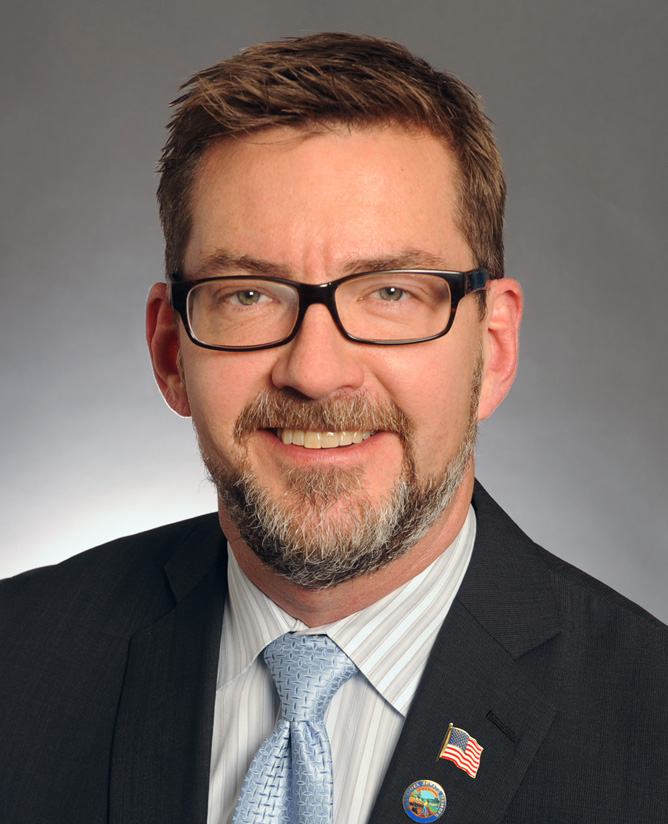 We’re pleased to announce the winner of the 2016 Kenny Feldman Animal Advocate Award.

We’ve created this award to recognize a person, organization, or business in our community whose amazing work is pushing the ball forward for animals. This year, we’re giving the award to Minnesota State Senator Scott Dibble.

Scott is a leading voice for animals in Minnesota’s legislature. His courage to speak out for animals profoundly benefits our community. Scott attends animal advocacy events regularly and often speaks at them, articulating the need to care about animals and protect them. As Scott has been moving toward a plant-based diet in his own life, he speaks from firsthand experience with compassion and conviction and motivates community members to make kind choices everyday.

Some of his legislative victories include:

He also stands up to factory farming at the Minnesota Legislature. Through his effective leadership, a harmful bill that would have made it almost impossible for citizens to file nuisance lawsuits against factory farms was defeated in 2015.

Through the sheer force of his genuine goodness, his devotion to democracy, and his savvy nature, he has shepherded the animal protection movement in Minnesota toward effective political engagement. We are very thankful to Scott for all he does for the animals and for our community and happy to acknowledge his efforts with the 2016 Kenny Feldman Animal Advocate Award.

This award honors the memory of animal lover Kenny Feldman. He thought animals were to be cared for and should be allowed to a live a life with freedom. Kenny was a close friend of CAA’s executive director, Unny Nambudiripad, and he inspired Unny to become an activist. Sadly, we lost Kenny to suicide 17 years ago. From that tragic loss, we are moved to establish this annual award to acknowledge the contributions of individuals who strive to create a more compassionate world.

The Feldman family thanks CAA and especially Unny Nambudiripad for helping preserve Kenny’s memory and continuing his legacy of being an animal lover and activist in animal rights campaigns. To find out more about Kenny, visit the “Remembering Kenny Feldman” Facebook page.