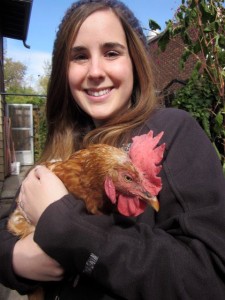 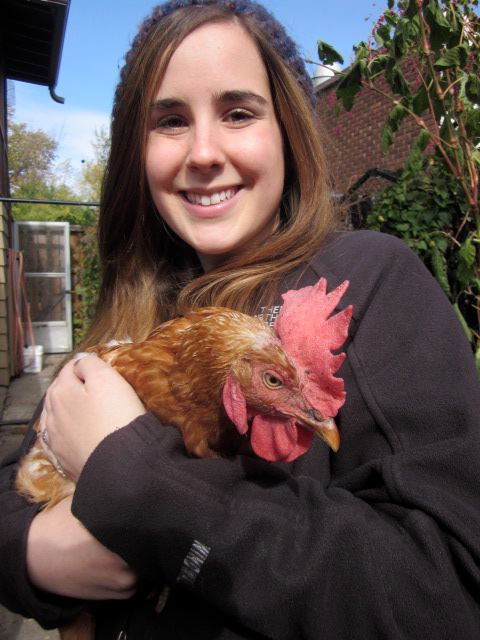 From September 29 through October 7, we held Veg Week. We had 456 people take the Pledge to Be Veg and hosted week-long series of fun and engaging events.

We kicked-off Veg Week with a concert featuring Conjuring Trick and Roe Family Singers, as well as delicious vegan pizza from Pizza Luce. Both of the bands spoke about how important it is to change the way we treat farmed animals and to consider plant-based options. Roe Family Singers played lively and fun music that engaged everybody who came.

We followed up with our first ever Veg Week Feed-In and screening of Vegucated. We served a spaghetti dinner along with vegan 'meatballs' made with Gardein Beefless Tips. Dozens of attendees were fed and shown Vegucated, a documentary that follows three people as they try a vegan diet for the first time for six weeks.

We followed up with a Vegan Bake Sale, a Shop With a Vegan, a dine-out, a Vegan After Dark, and finally a Chicken Sanctuary Tour. The sanctuary tour was an uplifting event where participants met, touched, and fed friendly rescued chickens. We were happy to end Veg Week on a positive note, giving Veg Week participants the opportunity to connect with individual animals.

We're hoping to make some big changes to Veg Week 2013, so stay tuned for what's next!