Unny is a co-founder and the Executive Director of Compassionate Action for Animals. Please see his biography.

Come to our first ever celebration of compassionate living.

The Twin Cities Veg Fest will include speakers, resources, a kids area, and of course, excellent vegan food! The first 200 to come to the festival will get extra goodies in their swag bags.

What will you see at the Twin Cities Veg Fest? Check out our preview to get a taste!

For a better sense of what the Veg Fest is about, listen to radio shows featuring CAA Executive Director Unny Nambudiripad on AM950's Food Freedom Radio or on Animal Wise Radio. 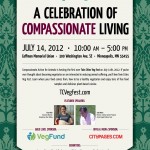 Want an easy way to help animals, while sharing good food and reaching new audiences? Help us put up posters to get the word out about the first ever Twin Cities Veg Fest

The July 14 Twin Cities Veg Fest is rapidly approaching, and we need your help to put posters and bookmarks all around town including at restaurants and businesses. We are postering during the following dates and times:

If you can't attend any of these sessions but want to put up posters on your own schedule, email brita.bengtson@exploreveg.org and we'll make arrangements to get you some posters!

We've got food, speakers, and resources lined up for the first ever Twin Cities Veg Fest, and now we need people! That's where you come in. Please invite your friends and family:

The Twin Cities Veg Fest is entirely free and is a great event to spend several hours at or just one. The event is mostly indoors and has air conditioning. This event is a great chance to get your veg-curious friends to explore a compassionate diet! 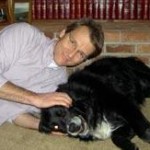 CAA: What will you be speaking about?

Scott: I'm speaking about animal law in the context of food production. I'll be laying out some of the common practices employed in factory farming and explaining how and why existing animal cruelty laws are decidedly inadequate to address this conduct. I'll also touch on the ag industry's fear of undercover work and the industry's reaction to the disclosure of these practices (i.e., ag-gag laws).

CAA: How did you get involved in animal advocacy?

Scott: As a prosecutor I have always considered animal cruelty cases to be a top priority for the justice system. When I decided to leave the DA's office back in 2007, I joined ALDF to help law enforcement and prosecutors get better results in animal cruelty cases-the move was just a perfect fit for me, my skill set and my personal values. 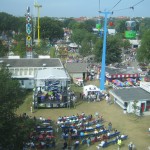 Here's your opportunity to showcase your best vegan dish!

For the second year, the Great Minnesota Get Together is hosting a vegan main dish competition. The winner will receive a vegan cookbook from long-time CAA supporter Florence Brammer (who helped campaign to make this happen for the first time last year).

Thanks to everybody who contributed to make our Twin Cities Veg Fest challenge fundraiser.

Last month we asked you to support the July 14 Twin Cities Veg Fest, and you came through! Because you pitched in, we'll be able to make this event the big hit that we want it to be.

If you didn't get a chance to watch the video, please check it out at our successful Kickstarter campaign. If you can think of peaceful ways to include exploding tofu at the Veg Fest (i.e. no actual explosives), please let us know!

We also need more volunteers for the Veg Fest, so let us know if you can help out! 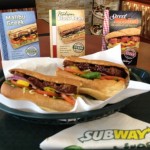 Several months ago we asked you to help out and get Subway to be more vegan-friendly. Compassion Over Killing just announced that they'll be offering the following vegan sandwiches:

These sandwiches will be offered at locations in Maryland, Washington, DC, and Baltimore. How about Minnesota? Please contact Subway by calling them at 203-877-4281 or provide a comment at WeLoveSubway.com and ask that they carry vegan options at a location near you!

The Humane Society of the United States' annual animal advocacy conference is coming up July 27-30 in Washington, DC. We hope to see you there!

Please join us at Taking Action for Animals, and learn about the latest in helping animals. Compassionate Action for Animals will have a booth at the conference. Conference attendees will learn about how to communicate effectively on behalf of animals, how to raise funds for nonprofit animal protection organizations, and the latest in farm animal advocacy. This conference is a great chance to meet with leaders in the movement and empower yourself to be an effective advocate.

Please read an account of a volunteer's first experience with handing out leaflets to educated the public about the cruelties of animal agriculture and vegetarianism.

After acknowledging that it was time for me to include as an ongoing commitment in my life–campaigning for farm animals after witnessing the horrors of factory farming–I was looking for ways of how can I get this message out to the population in general. And fast! My general thought at the time was that we need to get help for these animals as quickly as possible!

After doing extensive research on the Internet, I joined Compassionate Action for Animals and eagerly inquired as to what were some of the very effective ways of getting information out to the general public, of which I find out that I could be a volunteer leafleter! What a great way to get the information out there and fast, just the very thing that I was looking for!

The opportunity to leaflet on behalf of the farm animals and others in general without a doubt is a must in my life. It is very hard for me to acknowledge that the cruelty of factory farming is a reality in today's world. However, the good news is if I can pass out the word regarding the plight of the farm animals, then there are a thousand others that can do the same. These thousand others will turn into hundreds of thousands, of which with each piece of information that gets out there, a farm animal's life will be saved and hopefully the cruelty that is imposed on these animals will be wiped out completely.

On my very first day of leafleting at a local college campus, I was apprehensive but at the same time very excited about the opportunity to get the information out regarding the plight of farm animals. Once I started passing out the leaflets, it was good to see that the general public out there was very responsive when the subject matter of helping farm animals was brought up. The fact that people eagerly accepted the leaflets after I mentioned the words "farm animals" really did not surprise me: what person out there would say "no" to the question regarding helping farm animals? And the answer is, I am happy to report, not very many! Interestingly, conversations were started by the people accepting the leaflets and in addition I was happy to see enthusiasm being generated out there regarding the willingness of the bulk of the general population to join up with the campaign for farm animals.

In addition, I passed out leaflets at the cafeteria at my place of business, and once again, the same response was being generated that I had seen previously at the college campus. 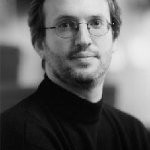 This week we interviewed Mark A. Berkson, professor of religion at Hamline University and advisor to the Hamline Animal Rights Coalition.

Mark is a longtime friend of CAA and has spoken at some of our past events, and we are thrilled to have him as a speaker at the July 14 Twin Cities Veg Fest. He was kind enough to take the time to tell us a bit his work and interest in the animal rights movement. When you come to Veg Fest, make sure to catch his talk if you can-it promises to be a very interesting conversation.