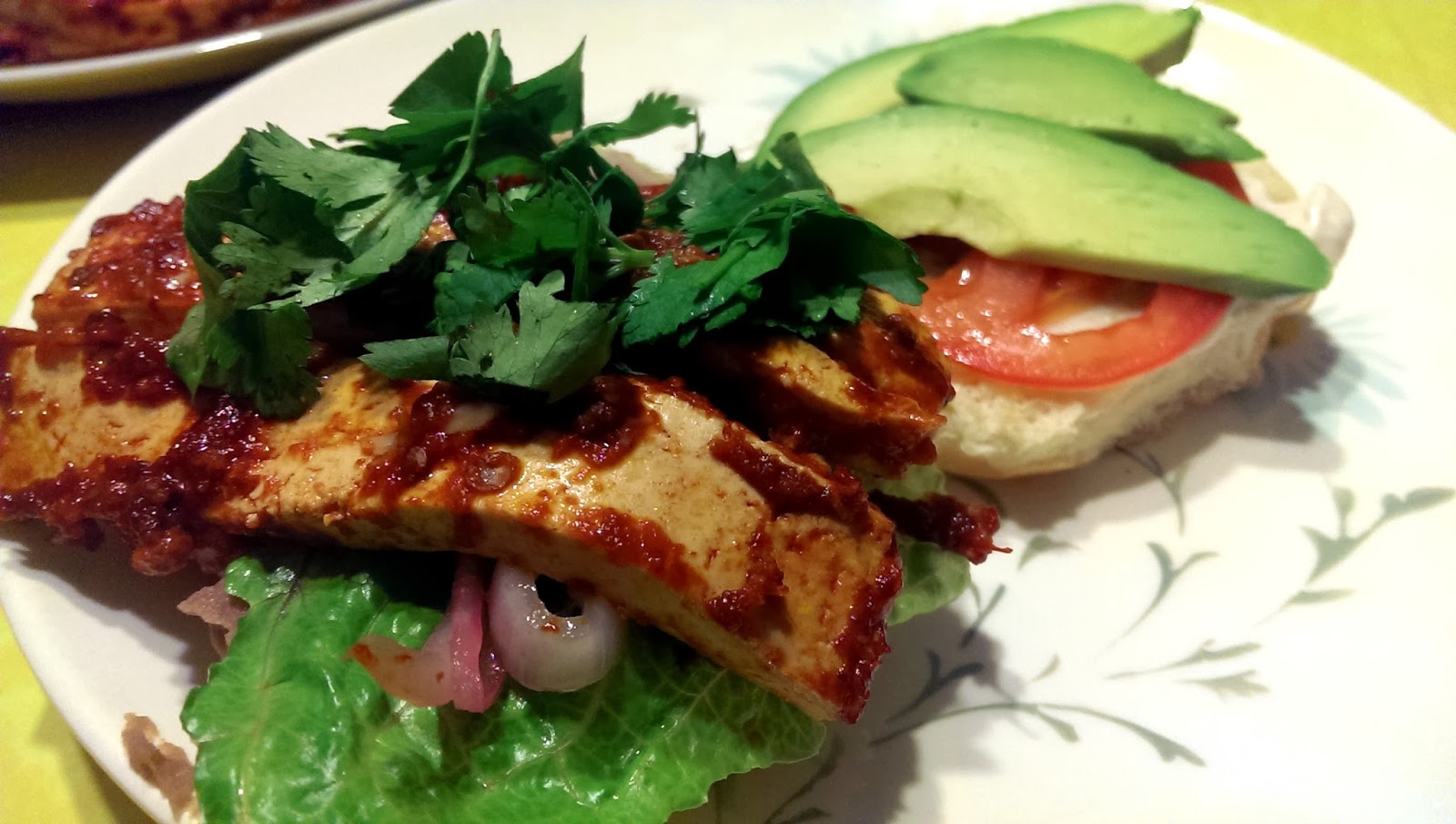 Rice develops a golden crust in a cast iron pan next to a fired up griddle laden with sweet soy-marinated slices of homemade chinese five spice seitan. I can't believe I'm making my favorite Korean dish in my own kitchen and vegan. Sitting around the table with friends we devour the sizzling rice piled high with seasoned spinach, sesame bean sprouts, grilled seitan and a Korean chili paste. Between bites, we remark how the restaurant-worthy food entices even the most reluctant omnivore at the table. Best-selling vegan cookbook author Terry Hope Romero didn't lie – we can have it all and Vegan Eats World shows you how.

In Vegan Eats World, the food philosophy Romero is known for shines: it's the plants not the animals that transport our senses when it comes to food. For her, the true building blocks of cuisines around the planet are the spices, herbs and grains. The recipes open with a section on spice blends, herb and spice-rich proteins and pickles before launching into your standard salads, soups, entrees, and desserts. Chapter 7 on dumplings, breads and pancakes could keep you busy and happy for days with steamed buns, momos and griddle breads.

Vegan Eats World does an admirable job of making new dishes, ingredients and techniques accessible. Romero is informative, but enjoyable to read as she demystifies new ingredients like za'atar and pandan leaves which she organizes in "Kitchen Cartography" by ethnic region. When she inspires you to buy a wok, don't worry she'll walk you through how to season it to last. Diagrams illustrate some of the more complex tips, like how to fold a dumpling. All the recipes come with a key that includes flags for budget, time, soy-free, gluten-free, and good for new cooks. I made crepes for the first time because Romero's recipe was simple and her step-by-step instructions convinced me I could make them on cast iron without a crepe maker.

Romero recognizes the dishes in Vegan Eats World are more an homage than authentic with their roots in her diverse Queens, Brooklyn neighborhood. If there is one thing I would caution, it's that some of the ingredients may be hard to find in less diverse shopping areas (there's always the internet or a road trip!) and some of the dishes can be quite time-consuming (all the more reason to celebrate the finished product with loved ones.)

In all, the recipes in Vegan Eats World inspired me to not only cook, but to have people over and break bread together. It also encouraged me to explore the small ethnic groceries in my neighborhood for hidden treasures like gochuchang (Korean chili paste.) This is a great cookbook for the adventuresome or for the foodie who can't get enough of trying a new cuisine and wants to try to capture some of that magic at home.

For more photos of recipes made from this cookbook, please visit Accidentally Meatless.