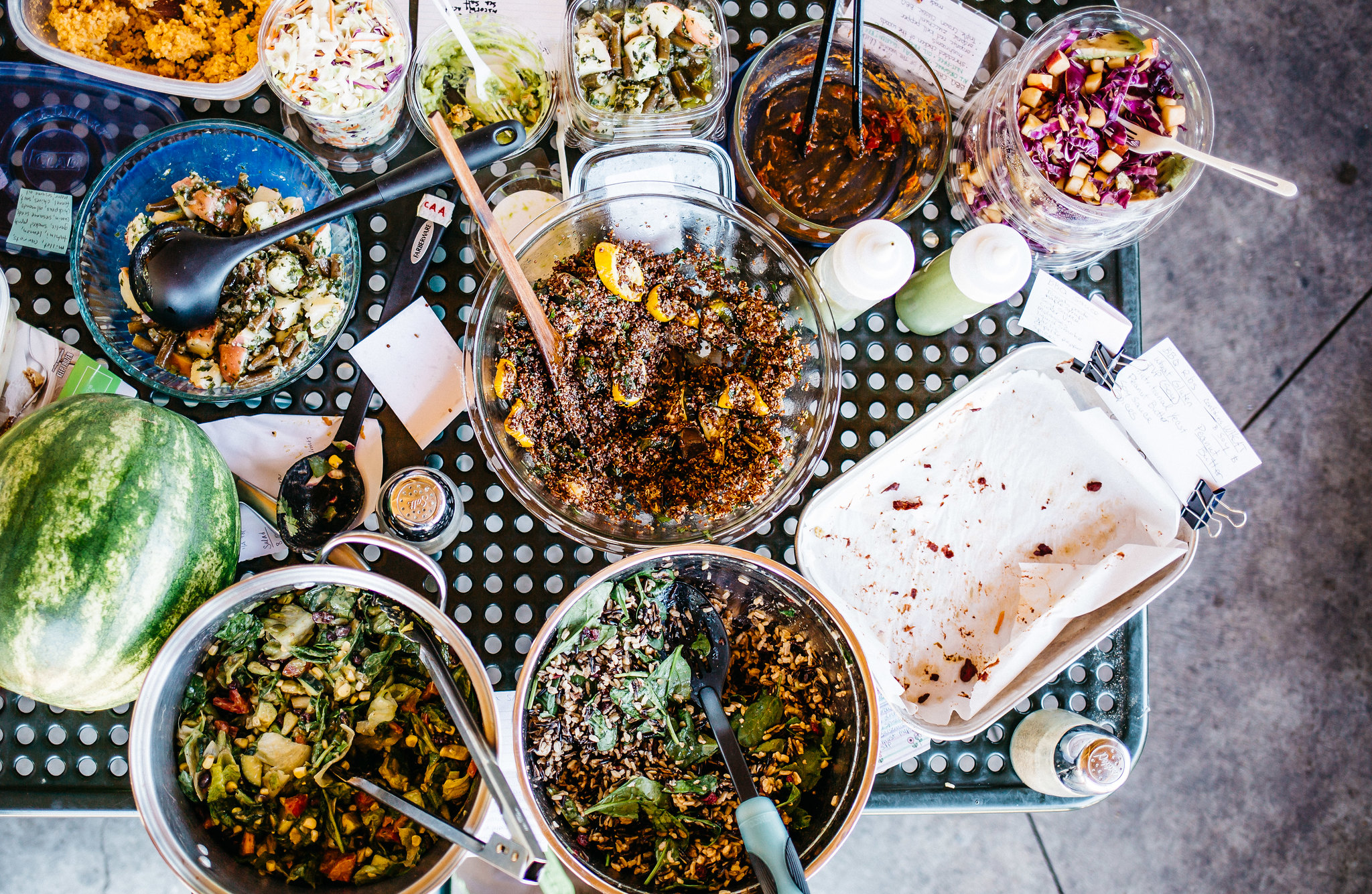 You'll learn to make many recipes at the club.

What is the Vegan Recipe Club?

The Vegan Recipe Club is for everyone—those curious about vegan cooking and those more experienced with it.

It’s a chance to build community with fellow participants and try making some great new food!

It’s also a chance for CAA to connect with folks who might be shy about attending our events but feel comfortable learning about veganism in a library setting.

And we know all the benefits a vegan lifestyle can have. This club will help the animals and the environment, and potentially people’s health.

Recipes are being chosen with an eye toward supporting folks from communities of color who are experiencing health disparities.

The club is also an opportunity to help the East Lake Library branch and the community by participating in and promoting the use of the library collections.

How does it work?

In the month prior to the Vegan Recipe Club Meeting, head on over to the East Lake Library (2727 East Lake Street, Minneapolis, MN) and pick up a copy of the recipes to peruse or check out the cookbooks for use at home.

Try making one or more of the recipes then come to share and discuss what you thought about them with the group.

If you have questions about the recipes or the Vegan Recipe Club before the first meeting, message the Compassionate Action for Animals Facebook page or email info@exploreveg.org.

Who is it for?

The Vegan Recipe Club is for Vegans, Vegetarians, Flexitarians, those who do Meat-Free Mondays, dieters, and everyone else. It’s for non-cooks, novice, and expert cooks alike.

Maybe you want to attend because you:

The Vegan Recipe Club meets on the third Tuesday of every month from 6:30pm – 7:30pm. The sessions planned for 2019 are:

My name is Henry Patterson. Like many, I didn’t grow up as a vegan or vegetarian but did grow up with a love and respect for animals. I am a board member and volunteer at Compassionate Action for Animals.

What drew me to veganism?

My younger brother became a vegetarian first, and after he read Diet for a Small Planet 1971, by Frances Moore Lappé he challenged me to make the switch. It took a little convincing, but I did. I started as a pescetarian (some seafood, but primarily a vegetarian diet). The benefits were improved health, including reducing the risk of colon cancer that runs in my family.

Why the interest in the Vegan Recipe Club?

Like my entire family, I have always loved to cook and have cooked for friends and coworkers for years. My favorite dishes have changed over time, but soups, stews, curries, French Ratatouille, and tofu scrambles remain amongst the ones I love to make and share.

The 4th of July Holiday is coming up and it might be the perfect opportunity to try out your cooking skills on family and friends.

“The Vegucation of Robin”

Find it at the library (Quivers, Robin, and Rachel Holtzman. The Vegucation of Robin, 2013) or on Amazon.

“Wholefood Heaven in a Bowl”

Find it at the library (Bailey, David, and Charlotte Bailey. Wholefood Heaven in a Bowl, 2017) or on Amazon.