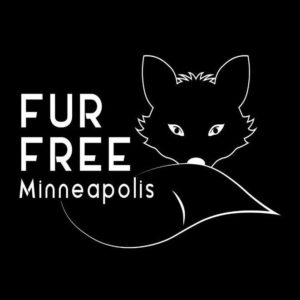 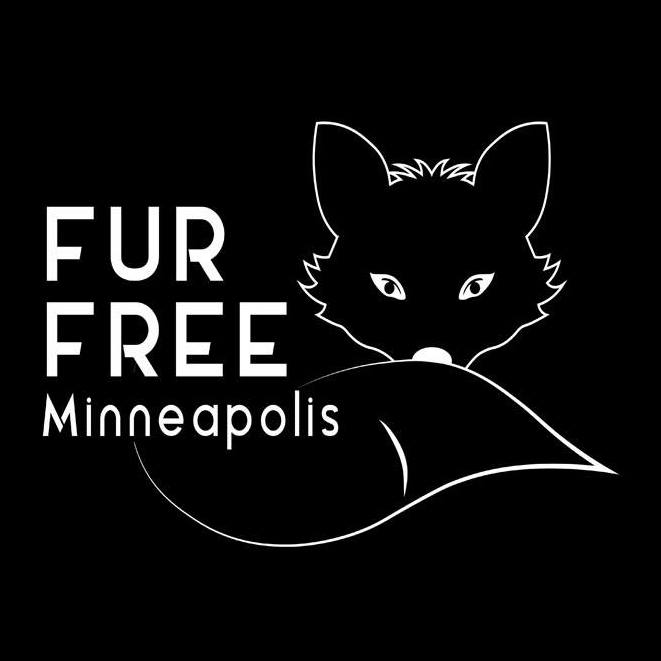 I met with Matt Johnson, the campaign director for Fur Free Minneapolis, which is an initiative to ban the sale of new fur within city limits, to talk about the campaign.

Following in the footsteps of LA and San Francisco, Matt believes Minneapolis will be the next fur-free city. The campaign has gathered more than 2,000 letters to City Council Members and the Mayor and more than 13,000 signatures on their online petition. Read on to learn more about this groundbreaking campaign, Matt, and what you can do to help.

How did you get involved in animal advocacy?

As a boy, I was lucky enough to be able to spend most of my time outside in the north woods of Minnesota. I grew up in the sticks, in a part of the state that is abundant in small farms and nature. I knew where the beavers in the area had their lodges and regularly saw other animal neighbors like raccoons, foxes, and even a wolf pack once.

I was fortunate because my father did not hunt and he did not teach me to hunt nor condone it. I mention this because so many of my neighbors and the other boys I knew did not have that experience, most hunted and trapped, and even though they were interested in wild animals it was with exploitative designs that they engaged with them.

As a young person, I felt a connection to animals and would speak up for them regularly. On one occasion my dad took me to O.C. Mangold’s, a local farmer and entrepreneur, wild animal auction to see the strange animals carted into northern Minnesota: crocodiles, peacocks, bison, zebra… you name it. I became fixated on an arctic fox and while I was standing by their cage another boy came up and let me know his dad would be buying that fox, that they intended to skin them for their beautiful white fur. I was shocked and explained the situation to my dad! He told me I could buy the fox, and I did for a mere $6. We built them an enclosure under a stand of white pines but within a week they had escaped, foxes are excellent at climbing fencing! For years we would see this arctic fox running in the wild around our home.

I didn’t become vegan until I was in my early thirties and, like so many people have stated, it’s been the best decision. It really has allowed my animal advocacy to come into power in a deep and meaningful way.

Why did you decide to run this campaign?

I had three reasons for starting the Fur Free Minneapolis Campaign.

Many of CAA’s supporters have a big heart for animals farmed for food. Why do you think they should care about the fur-free movement?

Supporting our fur-free ban undoubtedly helps animals used for food, although it’s not immediately obvious how.

Rabbits are the most highly killed fur-bearing animal, it’s estimated that over a billion are killed annually. Rabbits are often overlooked because they are used for both their fur and their flesh. Additionally, because raising them is not as environmentally damaging as raising cows, pigs, chickens, etc, humans have not talked about their plight nearly as often as some other animals raised for food.

Bringing an end to the fur industry will greatly reduce the number of rabbits raised for food production since the profits from raising them will be sharply reduced. By supporting our Minneapolis fur ban you can be sure that fewer rabbits will be sold for their fur in our city and therefore fewer rabbits will also be raised at all.

Launching a political campaign for animals as a volunteer sounds intimidating and time-consuming. What steps did you take to make this happen?

First of all, I have by no means done all of the work myself. This is a completely unfunded and volunteer-run operation. Without support from amazing and dedicated volunteers, we could not have completed what we have so far. Before starting this work I spoke to the people closest to me and confirmed that we would form a core group to get the work done. That is crucial, you must have at least a small group of people that are dedicated to working on this with you, committed for the long haul.

I went to a political grassroots lobbying course in 2018 that inspired me to do the work that would be necessary to succeed in a campaign like this. I highly recommend checking out Midwest Academy for anyone that wants to train in political organizing. The animal rights movement has a lot to learn from other movements (black liberation, environmental protection, gender equality, women’s rights, etc) that have been organizing longer than we have. Train with them and learn from their expertise.

What’s next for the campaign? When can we expect to see a fur-free city?

At this point, we have the votes to pass a fur ban in our city! We now need to work creatively and collaboratively with key City Council Members to get it introduced. Without that introduction it will never be debated or voted on, i.e. it will never pass.

When the time comes we need supporters to show up in mass for rallies, hearing dates, chances to testify and other events. Most of the City Council Members want to do the right thing but they are going to have to be pressured into it, that’s all of our responsibility to make sure we show up and apply pressure and support.

What can readers do to help make Minneapolis the next fur-free city?

I can’t emphasize enough how important each of these steps are. City Council Members would love to hear from you on making Minneapolis a fur-free city.

At the city level politics are very different than the state or national and each one of you can use your voice to make a big impact. Please take the time to do each of the things described below.

To learn more about Fur Free Minneapolis and get involved, visit their website and reach out to them at furfreeminneapolis@gmail.com to ask how you can help. They need volunteer help on a variety of issues and would love to have your expertise and effort in passing this ordinance.