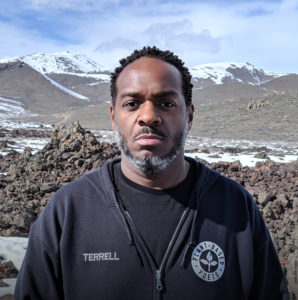 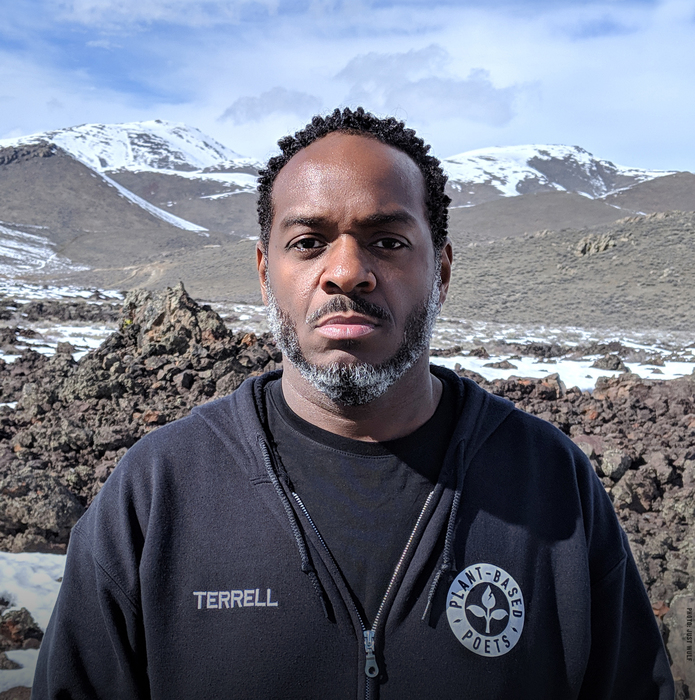 Meet the special guest and presenter of this year’s annual banquet, Terrell Woods, aka Carnage the Executioner! Woods is an instructor, producer, musician, and rapper based in Minneapolis and leading a plant-based lifestyle. Read on to learn about what inspired him to go plant-based, how that decision has impacted his music, and more!

Who or what encouraged you to go veg?

First of all, I like to be a little more specific and say that I am plant-based. Vegan is a tough one. When I looked up some background on veganism, to me it seemed more about all living creatures having an equal opportunity to be free. I feel like if we have dogs and cats and we go to the zoo can we really say that we are 100% vegan? Those things are put in place to entertain us and make our lives easier at the expense of other living things. So I am very careful about using the term vegan, so I use the term plant-based and I live a plant-based lifestyle with my diet.

I had a couple of friends of mine –– shoutout to my friend Just Wulf and Katana Da Don, rappers in my group, Hecatomb –– they were the first ones that told me about living a plant-based lifestyle. They would tell me about restaurants they had tried and what kind of food they had there. They have all of the things that animal products have, but they’re plant-based and you can pretty much have and eat and partake in the consumption of any of these things as though you are having animal products but you are not hurting animals in the process. It intrigued me. I’m about harmony and peace  and making sure everyone gets their fair shake.

I also was having issues with my weight. My weight fluctuated a lot. I am one of those people that can lose weight pretty easily and I can gain it just as easily. At one point I was way bigger than I am now, I was close to 340 pounds, and then I went on a diet where I just cut everything I consumed in half. I had half of everything I had ever eaten and I was walking everyday about 2 to 3 miles a day. In a year and a half I dropped about 150 pounds. As easy as that seemed like it was, it was that easy for me over the years to put that weight back on. I would see pictures back from when I lost all that weight to pictures that I was looking at in 2016. First and foremost, that was one of the reasons I thought about going plant-based, was to control my weight. I didn’t want to be 300 pounds anymore.

You talked about finding peace and harmony in a plant-based diet. Is this something that has always been a part of your music, or was your creative process influenced by your decision to become plant-based?

My new music is informed by that decision. There’s kind of weird juxtaposition I’ve been in for a long time with my music. I am at the greater, more positive end of the juxtaposition now, compared to 7 or 8 years ago. When I first started as an artist, my name, Carnage the Executioner, was about being competitive, it was about asserting my dominance in the hip hop field. The historical context of hip-hop really revolved around being the best. If you were to say you were good at something, you had to say you’re the best and you had to prove it. I would write songs that were really competitive and talked about  how I was so good at rap and about how I was so much better than anyone else that wanted to battle me. It was a lot of bravado and a lot of plain macho in my initial music. But as a real person, I was never really like that. I was living this life as a hip hop character that wasn’t customary of how I believed myself to be. I’ve always been a people person, I’ve always been a humanitarian, I’ve worked in human services just about all my life, and I’m an extrovert. All of these things were just the total opposite of who my character was. Over the years, when I decided to go plant-based, everything just went into focus. It started thinking about how I present myself as an artist. If I’m saying all of these things about changing my life with my food and my diet, I need to make art that makes that same invitation to be close to people. Now everything is more about inviting people into a positive, welcoming, humanitarian-based world where we all live in harmony.

When did you first get involved in music and what role has it played in your life?

I got involved with music the first second I heard it. It was all different types of music, all of the music my mom used to play was the first music I consumed. When MTV came along, I became interested in Rock and Roll and the 80’s rock sound. The hip hop happened. Herbie Hancock has this song ‘Rockit’, and it just blew my mind. I thought, okay I want to be a DJ.

I started to mix hip hop and rock together, and then I became interested in the electric guitar. My three favorite instruments were drums, turntables, and guitars. These were all things that I was too poor to afford because I lived in poverty. I had a fantasy about being a part of these things, but I couldn’t afford them. Then beat boxing happened and I realized it was something I could actually do to make music. It was the first thing I did that produced music. Everything else was a fantasy, things that I wanted that I wasn’t able to partake in.

What advice would you give to someone starting their plant-based/vegan journey?

When you’re not working or making music, what are you usually up to?

One of my new things is doing research and gaining knowledge about what American is founded on. I’m interested in the backstory of the creation of the United States. I’ve taken on a strong affinity for gathering knowledge about where oppression comes from, where it stems from, and why it is so prevalent, and what we can do to not be influenced by it so much. Everything that happened with George Floyd was a huge eye opener for me. It wasn’t like I had never seen videos of black men being murdered before. But I had never watched it happen for nine minutes. It did not sit right with me. I began doing more research on what we can do, as people of color, to make things safer for ourselves so we can survive, but not becoming puppets at the same time. You can fight the system without being a brute, and you can obey the law without being a softie. I’m trying to find the median spot to walk down. If I get pulled over for any reason I want to know what my rights are. If I don’t know enough about the inner workings of the law and what my actual rights are, I might say something to a cop and get smoked.

I’m really trying to figure out how to live my best life and see what it is around me that is affecting me the most in a negative way so that I can maneuver through it and make my life more positive. This also informs my music. I’ve already written songs that are totally different from anything I wrote a year ago because of the knowledge I’ve gained within these last three months.

Join us on August 15 to hear more from Terrell at “Spreading Our Wings,” our 2020 annual banquet. You can get more info at exploreveg.org/banquet.