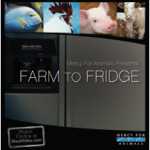 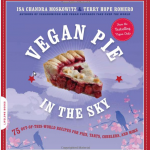 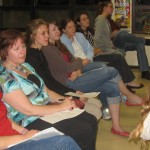 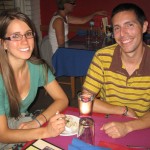 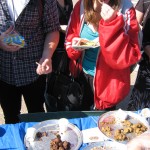 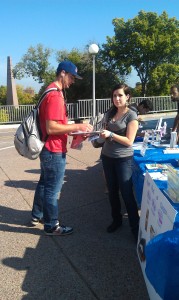 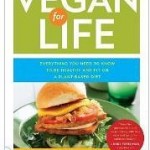 Have you taken the pledge yet? Now's the time! Pledge to be vegetarian or vegan from October 1 to 9 and get restaurant discounts, a care pack, and be eligible for raffle prizes!

Remember the book we recommended, Vegan for Life?

Veg Week gives opportunities for people in a wide variety of circumstances to be empowered to help animals. Last week, I spoke to a young woman who said that she can't empathize with animals that she doesn't know. She told me that she doesn't know chickens. I quickly invited her to our chicken sanctuary tour that we're hosting on October 9, where she can meet chickens living in peace and get to know their unique personalities and see how they are living, thinking, and, when crammed in crates in factory farms, that they are greatly suffering individuals.

For those who don't know what vegans get in a grocery store, we're offering a shopping tour with a vegan. For those who are unaware of the plight of animals on factory farms, we're distributing leaflets about the cruelties of modern animal agriculture at our Vegan Food Showcase on September 28. And for those who want to learn about the national efforts underway to advocate for farm animals, we're hosting a presentation by Paul Shapiro of the Humane Society of the United States on October 1.

We have several more events and projects that help people take one more step to living out their latent compassion. Whether they're looking to socialize with other animal advocates, want to learn about vegetarian nutrition, or would like to try new vegan foods, Compassionate Action for Animals' Veg Week has something for them. But we need your participation, too, for this to happen. Please donate online or mail a check to PO Box 13149, Minneapolis, MN 55414 to help out.

Yours for the animals,